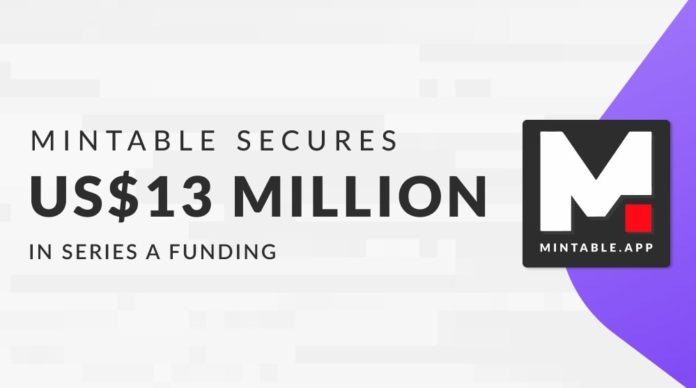 Blockchain company, Ripple announced a major development as it tapped into the rapidly burgeoning realm of non-fungible tokens [NFTs] through none other than high profile investor Mark Cuban-backed NFT marketplace, Mintable.

According to the official announcement, the Singapore-based NFT platform Mintable has accrued a total of $13 million in a Series A funding round to expand its platform support for more blockchains as well as expand its team and foster user acquisition initiatives. The round saw the participation from some of the top blockchain-focused venture capitalists. Some of the big names include the Brad Garlinghouse-led digital payments giant, Ripple.

Animoca Brands [blockchain games developer], Matepurse [BFT’s investment fund backed by Metakovam], Expedia [travel company], among others also joined in the investment round. Elucidating on the new investment, Michael Kam, who happens to be the Partner at Double Peak Group was quoted as saying

“Mintable marks our continued focus and strategic investment into the NFT space. We believe it is important for NFT platforms to attract non-crypto users, be user-friendly and be decentralized in the long run.”

Mintable is essentially a marketplace that is designed for creating and trading of NFTs. It is often touted as one of the NFT pioneers in the space. It is built on top of the Ethereum blockchain and also supports Zilliqa. Since its launch in 2018, Mintable has attracted the attention of VC majors to the digital collectibles sphere and has reportedly minted almost 700,000 items on its platform.

Ripple’s foray into the NFT market

The NFT sector has exploded and while the initial hype surrounding it has faded, it continues to expand luring in celebrities, high-profile investors, etc.

With this move, Ripple is also foraying the NFT sector. According to the blockchain company, the main objective behind the investment at such a crucial time for the market is that the ability to digitally sign an asset, sell it on a blockchain, and receive real income from its subsequent sales will act as the tipping point for massive crypto adoption in the coming days.

In addition, Mintable also plans to integrate with the XRP ledger [XRPL] to enable creators to sell their work while maintaining security, sustainability but without compromising efficiency.

“We couldn’t be more excited to work with our friends at Mintable to provide creators and developers with a best-in-class experience and bring more participants into the blockchain ecosystem with NFTs.”