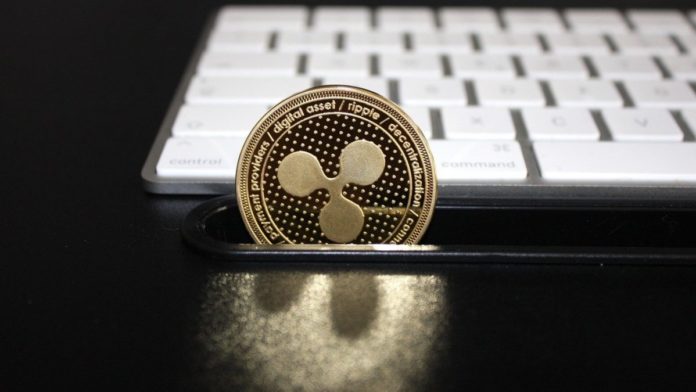 Ripple wasn’t spared from last week’s crash. Sinking over 20 percent on December 4, it appears like the XRP swing high is over. For optimists, though, the drawdown presents yet another opportunity to double down, considering what’s being lined up for the blockchain company.

The possible outcome of the ongoing court case is trending among Ripple supporters. Most are convinced the blockchain company will win and what happens next is clarity for XRP. Subsequently, this will make the coin one of the few coins classified as a utility after Bitcoin.

Although there has been an official statement from the SEC on Bitcoin, the agency’s officials are convinced that the lack of a centralized entity controlling the operation of the transactional layer means its coin is a utility.

If there is a favorable judgment on XRP, the SEC could officially make the coin a utility, opening up the project to so much more. It is precisely why JP Morgan analysts are positive that XRP would tear higher on a favorable settlement, a move that could significantly pump the coin to new valuations.

Ripple’s On-Demand Liquidity (ODL) is especially an attractive remittance solution where payment processors and banks are already waiting on the wings to adopt.

Presently, the “investment contract” tag on XRP, a coin that’s central to the ODL, is what keeps them away. Still, over a dozen companies are already using the ODL and XRPL rails, transacting value cheaply and instantaneously on behalf of users across the globe. 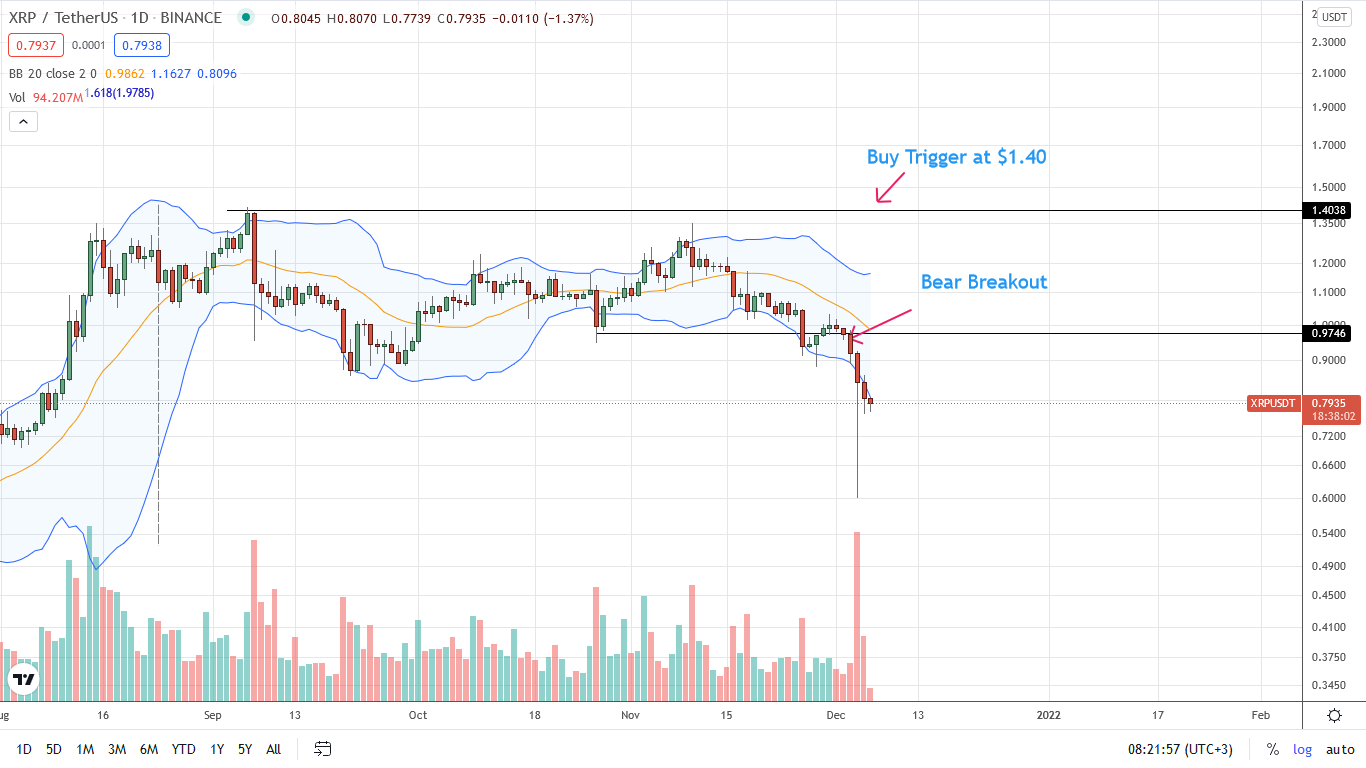 On December 4, XRP prices crashed over 30 percent to $0.60. This was a continuation of the bear breakout pattern of late November when XRP sunk below $1—psychological support and round number.

Over the weekend, there was a pullback, but the trend has been set as sellers are now in control. Therefore, every high below $1 could be an unloading opportunity for sellers targeting a retracement back to $0.60—December 4 lows.

Supporting this outlook is the confirming bar of December 4 which had an unusually high trading volume. At the same time, the failure of buyers to push higher points to general apprehension among traders, which isn’t favorable for traders.

Besides, the downward momentum is high, as signaled by the diverging BB and alignment bear bars along the lower BB.