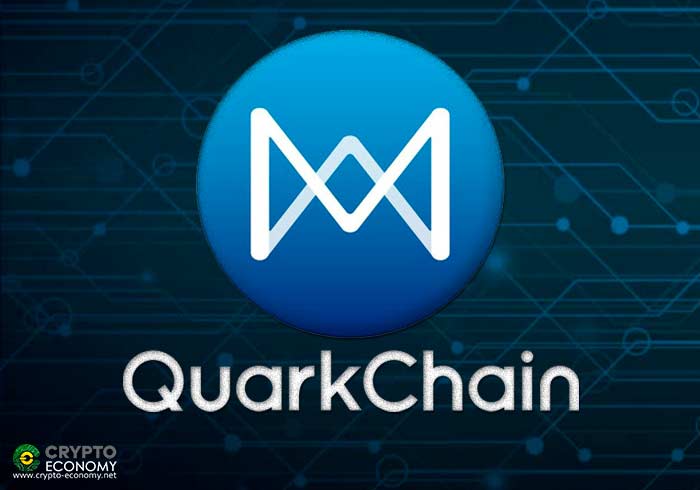 QuarkChain is a decentralized platform that seeks to solve three of the problems associated with blockchain technology, such as scalability, security and decentralization.

The layer of fragmentation (sharding): That includes small blockchains or “shards” that process a subset of independent operations. As these chains increase, the number of transactions that can be processed simultaneously increases. This layer provides high performance through the effective distribution of data.

The root layer: Which works to confirm the blocks of the previously mentioned layer.

In addition to this, the platform will have a horizontal anti-centralization scaling, which eliminates the need for expensive nodes and its functions will be performed by smaller nodes. This allows the QuarkChain network to avoid a possible centralization.

QuarkChain works in more than 70 projects in different areas, ranging from data and information systems, industrial and financial services or entertainment platforms and games among others.

The QuarkChain network seeks to build bridges between “real world” businesses and the block chain. Its objective is to cooperate with companies that need a chain of blocks with a large bandwidth and that can solve their existing needs.

The fight against the falsification of national identity documents may be too expensive for small and medium-sized enterprises. By using a decentralized registry and a cryptographically protected private key of the QuarkChain network, you can create DApps to help small business owners by providing an affordable and easy-to-use solution to combat counterfeiting.

Quarkchain can play an important role as a platform to support IoT applications, with a large number of low-cost devices and fast transactions.

It also works to offer services to companies that demand high transaction rates, such as platforms focused on artificial intelligence [Al] and Big Data.

Doctor by the Georgia Institute of Technology, Qi Zhou is an expert in high performance systems who has worked on Facebook as a lead developer in one of the departments and in Google.

Anthurine has 6-year of experience in finance and technology in Wall Street and Silicon Valley, and has worked in other companies such as Argus, LinkedIn or Wish.

You can get more information about the project in the following links: