Home Reviews Qtum, What is it, and how it works?
FeaturedReviews

Qtum, What is it, and how it works? 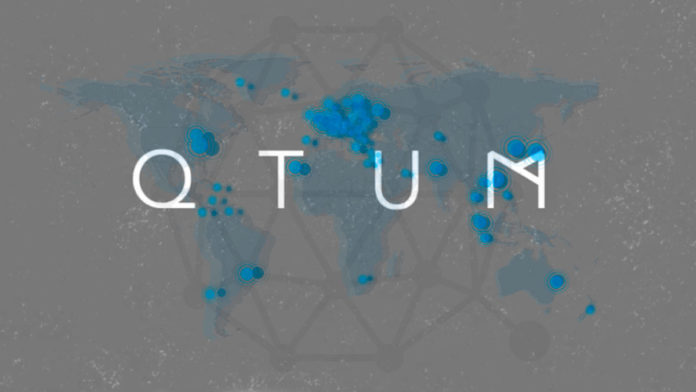 Qtum tries to empower large organizations with the help of cryptocurrency and other blockchain-based solutions. It combines the smart contract functionality from Ethereum with security from bitcoin to create a comprehensive approach to blockchain technology.

Qtum team consists of members from both Ethereum and Bitcoin communities. There are also former employees of big companies like Baidu, Alibaba, Tencent, and NASDAQ.

Some of the most famous blockchain ecosystem players support this project with the help of traditional venture capitalists and executives from big Chinese companies.

Qtum focuses on the economic principles of blockchain technology. It is a public platform that means other developers can use it for making blockchain-based products. The underlying security technology in this blockchain is UTXO or Unspent Output Transaction.

Bitcoin blockchain used UTXO at first as a secure solution for handling transactions. The blockchain uses technology and combines it with other fundamental solutions of the tech world.

Qtum blockchain can handle multiple virtual machines like EVM and x86 VM. This blockchain has revolutionary features like Decentralized Governance Protocol (DGP) and Proof-of-Stake based network. Therefore, specific settings like block sizes can be modified using smart contract solutions with no need for a hard fork or other solutions.

Enterprises are the main focus area for this project. It provides them a platform for running smart contracts with business use cases in mind.

Unita – previously named Qtum Enterprise and QtumX – is the private blockchain solution that focuses on businesses with Proof of Authority as the underlying protocol. The block producers in this private network are chosen by the blockchain owner.

Qtum also provides a platform for software development based on standard blockchain infrastructure rules. Developing a decentralized application in this platform is similar to other public blockchain platforms.

One of the essential features of this blockchain is its Abstraction Layer. The account abstraction layer makes it possible for developers to separate the application from the underlying protocol and add smart contract features to that in the future.

The feature focuses on using the performance of the blockchain network and growing the application based on that. The UTXO runs on Ethereum Virtual Machine, and Qtum uses the Account Abstraction Layer to communicate between machines.

Developers that make applications on the blockchain can use the Neutron middleware and x86 Virtual Machine. The system supports Rust programming language, one of the leading programming languages in the topic of security. The Proof-of-Stake network is powered by nodes around the world. It claims to be the third network considering full nodes (after Ethereum and Bitcoin). There are currently more than 2,000 Qtum full-nodes around the world that most of them are active in South Korea.

Qtum tries to support its developer community as much as possible. All the development tools and components needed for blockchain-based solutions and apps are provided on the official website – even the source code. Besides, they run some bounty plans to incentivize developers in ongoing projects of the main blockchain like browser, wallet, translation, and other optimizations.

Qtum has a main cryptocurrency like all other public blockchains. The underlying core code is based on the Bitcoin code, but the network has its cryptocurrency named QTUM. QTUM coin is the block reward that distributes in a lottery model between full-nodes, based on the amount of holding in the node wallets.

QTUM is the 42nd cryptocurrency based on market cap. Many significant cryptocurrency exchanges support the coins, like Binance, OKEx, HitBTC, Huobi, Kraken, and Bitfinex. The token was launched in 2017 with the initial price of about $5.

Qtum blockchain supports QRC20 tokens that are derivations from Ethereum’s ERC20 tokens. These tokens can be used within dApps. QRC20 transitions need QTUM coin as gas fees. The cryptocurrency itself was first an ERC20 token before the mainnet launch.

Those users who prefer a desktop wallet can download the official Qtum Core wallet from the website. The desktop client is available for Mac, Windows (64bit only), and Linux. Downloading and installing the Core wallet creates a full node in the user’s computer. The official desktop wallets also support staking.

There is also an alternative available for desktop users named Qtum Electrum, which is only available for Mac and Windows users. The project also has a web wallet qtumwallet.org. Those interested in hardware wallets can store their coin in Ledger or Trezor wallets, too.

Qtum ecosystem consists of multiple dApps in various categories. There are always ongoing dApps projects within the community, too. The dApps vary from smart contracts, coins, and medical sector solutions to traceability projects and energy focused products.

There is also an explorer for block searches in this network, like many other blockchains. The qtum.info explorer provides other intel like block height, transaction volume, and total addresses, too.

Qtum claims to be the first “UTXO-based smart contract system with a proof-of-stake (PoS) consensus model,” according to the whitepaper. It combines the Ethereum blockchain with Bitcoin, in simple words. Ethereum blockchain has many advantages for developing smart contracts but is vulnerable to hacks. So, the development team added fundamental concepts from Bitcoin, the more secure blockchain. On the other hand, using the Proof-of-Stake system as an alternative for Bitcoin’s Proof-of-Work makes it easier to generate a new block in the blockchain.

0
Polygon prices are up 212 percent from 2022 lows, expanding with decent participation levels and spearheading the general recovery in the crypto markets. Currently, the...
Read more
Opinion