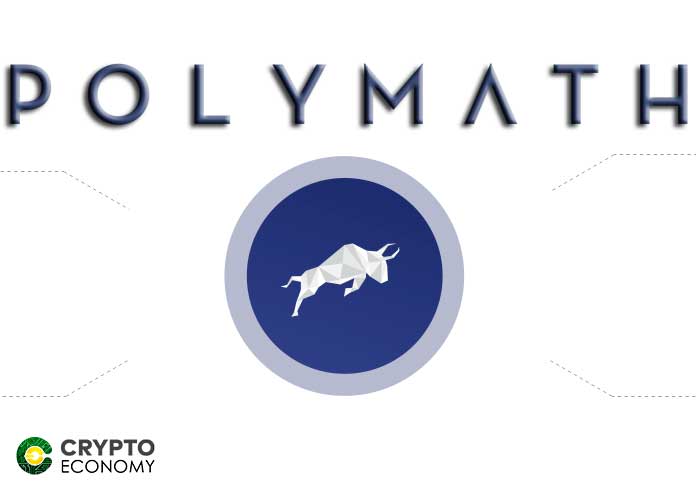 Blockchain is a decentralized ledger that has proven its usefulness in many ways and for this Polymath dove into the scene to harness its power. For Polymath blockchain technology provided it with an opportunity to create a platform that would make it easy to create and manage security tokens for the industry.

However, after choosing Ethereum to host its services, they were faced with compliance issues.

To solve the hurdles faced on Ethereum ecosystem, Polymath announced recently during the New York Consensus on May 13th that they have set plans in motion to create Polymesh a purpose-built security token blockchain platform.

Polymesh will take over the platform’s security tokens from Ethereum, get rid of compliance challenges faced to become the number one platform for the capital markets world.

Although the Ethereum ecosystem system is the best for developing unstoppable applications, it’s not a purpose-built platform whose bases are on compliance and regulations. However, Polymesh has taken all considerations concerning compliance and regulations, and it’s built from scratch. At the center of it all is Ethereum co-founder Charles Hoskinson who is also co-founder of Cardano. Hoskinson comes in as a co-architect and brings on the table his vast experience.

Before the announcement of Polymesh development, Polymath had 120 security tokens from its Polymath Token Studio on Ethereum ecosystem. However, the only drawback was on adoption but with the Polymesh issues with adoption will be a thing of the past.

“The financial securities sector has quadrillions of dollars available and building a blockchain to secure these securities is not only an incredible task but also an exciting one.”

On the other hand, Polymath team is excited to be working with Hoskinson who has pioneered the development of two big blockchain ecosystems alongside putting in place IOHK. With him assuming the roles of co-architect, Polymesh is set for success. His vast experience from Ethereum and Cardano gives him the upper hand to remove all issues Polymath experienced in the Ethereum blockchain ecosystem.