Home Reviews What is Polkastarter Protocol? A Project for Truly Interoperable DeFi
FeaturedReviews

What is Polkastarter Protocol? A Project for Truly Interoperable DeFi 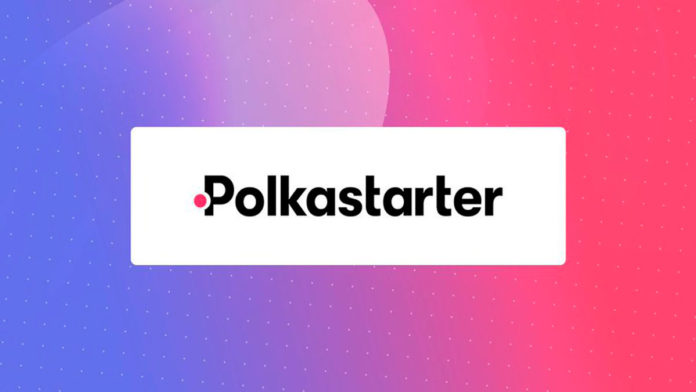 Polkastarter Protocol is a decentralized protocol (DEX) built on Polkadot that aims for a truly interoperable DeFi protocol by bringing the feature of cross-chain swaps among other DEX features.

Third-generation blockchains like Polkadot or Solana provide some solutions to the pain points of Ethereum and therefore, a large number of projects are appearing on these chains. But the future of DeFi can rely on just a single chain and interoperability is already becoming the must-have feature of the DeFi future.

So, the Dapps should also have interoperability in their design and that is the main feature of a Polkadot-based DEX called Polkastarter.

What is Polkastarter Protocol?

Polkastarter protocol’s whitepaper describes it as:

“Polkastarter is a permissionless DEX built for cross-chain token pools and auctions, enabling projects to raise capital on a decentralized and interoperable environment based on Polkadot.”

Polkastarter is co-founded by Daniel Stockhaus and Tiago Martins, who currently hold the roles of CEO and CTO at Polkastarter respectively. The team first launched a minimal viable product (MVP) on Ethereum in Q4 of 2020 because Polkadot was not ready at that time.

According to the documentation, Polkastarter allows any decentralized entity to easily raise capital through its DEX. They can list any token on the DEX for exchange, and they can also use it to raise funds through a sealed-bid auction, or a Dutch auction process.

According to the team, the killer feature of Polkastarter is the possibility of making cross-chain swaps. Users are able to participate in a secure and compliant environment and to use assets that go way beyond the current ERC20 standard. Other features include permissionless listings, token swaps by smart contract, private pools with passwords, whitelisting, and high slippage price alerts.

The Polkastarter has the ability to interact with external blockchains like Ethereum, Bitcoin, and many others through Polkadot Bridges, a technology that allows Polkadot parachains to seamlessly communicate both internal and external-wise.

These technologies allow Polkastarter to have other applications outside of fundraising, such as closed OTC deals with password protection, discounted sales with whitelisted addresses, and crowdfunding.

According to the roadmap, V2 of Polkastarter is launched. But the documentation and whitepaper are not updated as they provide details about an MVP launched in December of 2020. Understanding the Polkastarter MVP is enough to learn about the protocol as not much will change in Polkastarter design in upcoming versions apart from adding new features.

What Does Polkastarter Offer?

In Fixed Swap Pools, two or more parties exchange a fixed amount of tokens for a predetermined price. It is quite different from automated market maker (AMM) algorithms used by popular DEXes such as Uniswap or SushiSwap. AMM is a valuable benefit for projects seeking immediate liquidity for their project’s token. While these exchanges are great for day-to-day spot trading, they don’t work that well for token sales.

“It’s usually impossible to get the initial listed token price because bots buy up all the initial liquidity. On the other hand, Polkastarter Fixed Swaps will enable a stable, organized, and fair token swap infrastructure.”

AMM-based token sales do not provide any control over token price as a popular token’s price can rapidly increase when plenty of investors buy it and decrease when they dump it.

Polkastarter fixed swap pools set a fixed price for token swaps. These pools provide more control to projects conducting IDOs as they can set additional parameters to gain more control over their fundraising, like controlling the maximum investment per user or the number of investors allowed in the pool.

Any project can launch an IDO on Polkastarter but the final selection of IDO is done by the Polkastarter Council. As a DEX, Polkastarter also provides AMM-based dynamic swaps.

According to the documentation, to incentivize participation in the daily token pools, Polkastarter’s liquidity mining program distributes a fixed amount of POLS tokens daily on a pro-rata basis. For example, if there is 1000 ETH in fixed swap volume for 24 hours, a user that contributed 100 ETHs of that volume will receive 10% of the total daily liquidity rewards. 22.5% of the total POLS supply is destined for liquidity.

For high-demand pools, access can be limited to the top liquidity and network contributors. If a user wants access to certain token pools, he must stake Polkastarter’s native POLS tokens. Pool creators can activate POLS staking to limit pool access exclusively to POLS holders. The incentive for this type of behavior from the pool creator is a reduced fee on the total swapped funds.

One of the Polkastarter use cases is private fundraising and closed over-the-counter (OTC) deals. Polkastarter enables projects to raise funds from a community of professional and retail investors.

On Polkastarter anyone can create private pools are that password protected. Community members cannot participate in an IDO unless their address is whitelisted by a project that is raising funds. The whitelisting process allows POLS token holders to take part in an IDO. The Polkastarter whitelisting mechanism has recently been updated.

According to the procedure, Polkastarter whitelisting process implements a lottery system that rewards one ticket per 250 POLS. The more a user holds, the bigger the chances he has of winning a spot on an IDO Whitelist. Whitelists choose addresses at random, so if an address has more than 1 ticket in the submission, its chances of being chosen are higher.

Polkastarter is permissionless and anyone can use the protocol to create and launch fixed swap token pools. The documentation says:

“True decentralization only works if we build a permissionless environment. Though certain Polkastarter features may be enhanced for POLS token holders, anyone will be able to use the protocol in order to create and launch fixed swap token pools. Counter-measures to prevent bot-based and malicious pools will also be integrated.”

Polkastarter has partnered with Covalent, a protocol that provides a unified API bringing visibility to billions of blockchain data points, to bring transparency and anti-scam measures on its platform. Covalent brings rich data from the blockchain to inform investors about tokens, token projects, transactions, and historical data of crypto-assets and wallets.

Polkastarter uses the decentralized oracle technology of Decentralised Information Asset (DIA), an open-source oracle platform that enables market actors to source, supply, and share trustable data, to provide slippage alerts. Pools on Polkastarter have built-in alert systems that warn users if current prices are too high, or if a certain trade will incur significant slippage.

POLS is the native utility token of the Polkastarter platform and plays a number of roles, such as being used for liquidity mining, governance, paying transaction fees, and gaining eligibility to participate in POLS-holder only pools.

According to the whitepaper, the total supply of POLS is 100 million. Currently, 72,202,582 POLS are in circulation, shows CoinMarketCap data.

POLS role in liquidity mining and staking has already been discussed above. The other utility of Polkastarter’s native token is governance. In Polkastarter governance, POLS holders can vote for ecosystem initiatives, new features development, liquidity rewards distribution specs, and even decide which projects get to be featured by Polkastarter.

POLS holders need to stake POLS in order to be able to vote and to submit proposals. Proposals are first discussed off-chain and then submitted on-chain for voting.

Polkastarter is a decentralized exchange (DEX) on the Polkadot blockchain network specially designed to launch and manage Initial Decentralized Offerings (IDOs) where early-stage projects can sell a limited amount of their tokens to whitelisted community members.

Polkastarter’s flagship feature is its fixed swap smart contract, which allows projects to easily launch liquidity pools that execute orders at a fixed price rather than using the AMM model used by other popular DEX.

Polkastarter combines the interoperability of Polkadot and the liquidity of Ethereum and other big blockchains. POLS is its native utility token that is used in Governance, Staking to unlock access to top IDO pools, and liquidity mining.

Atiq Ur Rehman
Electronics Engineer with a passion to write about Disrupting Technologies like Blockchain. He joined Crypto-Economy in July 2019.
DeFi

0
Binance Smart Chain might be the new kid in the block, but it has managed to break records in a relatively short span of time....
Read more
CryptoNews

Layer-2 DEX ZKSwap Announces the Mainnet Launch of Its V2

0
ZKSwap, a decentralized exchange (DEX) based on the ZK-Rollup layer 2 scaling solution, has announced the mainnet launch of its V2. ZKSwap’s V2 will allow users to add and any cross-chain token with no gas fees and instant settlement.
Read more
- Advertisment -