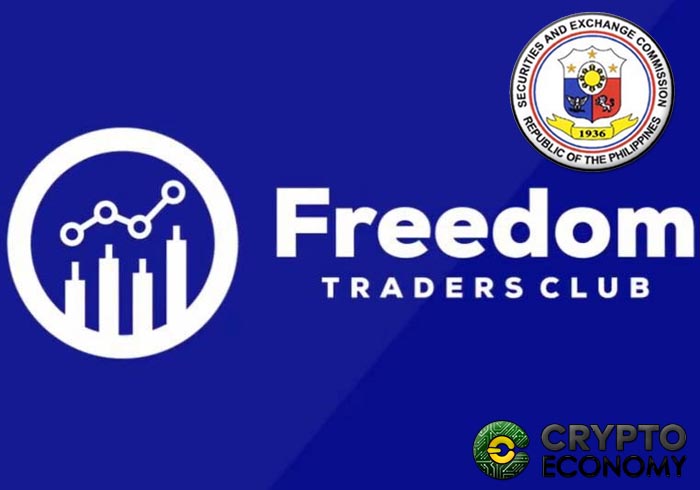 The Securities and Exchange Commission (SEC) of the Philippines issued a public statement against a local company that operates with cryptocurrencies illegally, given that it does not have the due permission from that regulator.

Freedom Traders Club – the company pointed by the regulatory watchdog – became known in the archipelagos Visaya and Mindanao for promoting its cryptocurrency Ploutos Coin, through seminars and training courses. According to the document in which the advice is given, the SEC stated:

“The primary consideration for the purchase of PLOUTOS COINS is the potential to earn profits as a result of its projected growth in market value. It was marketed by its issuer, brokers and salesmen as a cryptocurrency similar to bitcoin whose value will dramatically increase over time. This marketing pitch led the public to purchase the said coin with the expectation that they will earn profits from the price appreciation.”

The aforementioned regulator helped itself making the decision by using the Howey Test – an instrument obtained from U.S. law to deduce whether a startup runs legitimately, or qualifies for a certification known as ‘investment contract’. In the case of the aforementioned company, it complies with all necessary conditions to be labeled with said certification.

However, this is not the first time the Filipino SEC issues a warning to Freedom Traders Club. Earlier this year, during a previous review for the launch of its Initial Coin Offering (ICO), it clarified that “some of these new cryptocurrencies or digital coins, based on the facts and circumstances surrounding their issuance, follow the nature of a security as defined by Section 3.1 of the Securities Regulation Code.”

In other words, the SEC is explaining that any company seeking to operate with crypto assets within the national territory must be previously registered, according to the Philippine Securities Regulation Code (SRC).

The regulatory watchdog also explained that any process involving monetary investment is considered an investment contract under the aforementioned Code; in light of this, the SEC issues the warning to the company managing the Ploutos Coins, since it is not registered before the financial regulator as a securities exchange, nor possesses a due license to operate as such.

In summary, should Freedom Traders Club fail to comply with the already stated requirements, it could face severe consequences, like a fine of US $ 94,000; 21 years imprisonment or both.

0
The US Securities and Exchange Commission (SEC) has charged Loci Inc. and its CEO John Wise for fraud and conducting an unlawful initial coin offering (ICO) from August 2017 through January 2018.
Read more
- Advertisment -
We use cookies to ensure that we give you the best experience on our website. If you continue to use this site we will assume that you are happy with it.OkPrivacy policy