HomeCryptoNewsPathfinder, the Latest zkSync L3 Will Go Live on Testnet in Q1...
CryptoNewsFeatured

Pathfinder, the Latest zkSync L3 Will Go Live on Testnet in Q1 2023 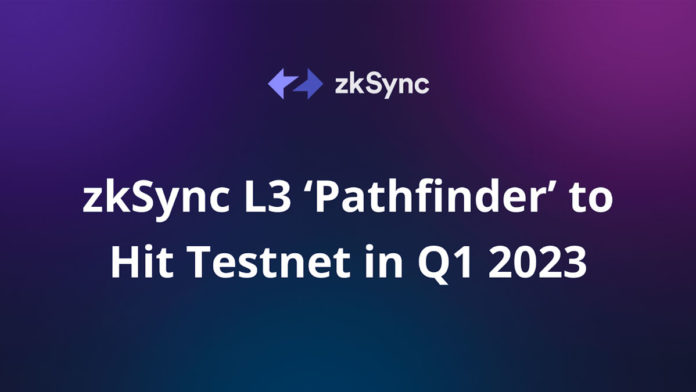 In a new announcement, it has been announced that zkSync L3 ‘Pathfinder’ will be deployed on the testnet in Q1 of 2023. An ecosystem of trustlessly linked HyperChains is the key to unlocking unlimited scalability and customization within an ecosystem that can be customized to any degree.

The first production-ready EVM-compatible Layer 2 ZK rollup to launch on Mainnet in less than 18 days will launch in less than 18 days, but Matter Labs has announced another milestone will be reached in the first quarter of 2023: the EVM-compatible Layer 3 Pathfinder prototype from zkSync will be deployed to the public testnet in the first quarter.

On top of the Layer 2 solution, the Ethereum ecosystem will be able to scale without sacrificing its security or decentralization since it will provide the necessary foundation for scaling. Our vision is that, beyond that, there will be unlimited scalability and, therefore, mass adoption will be achieved at Layer 3 and beyond as a result. 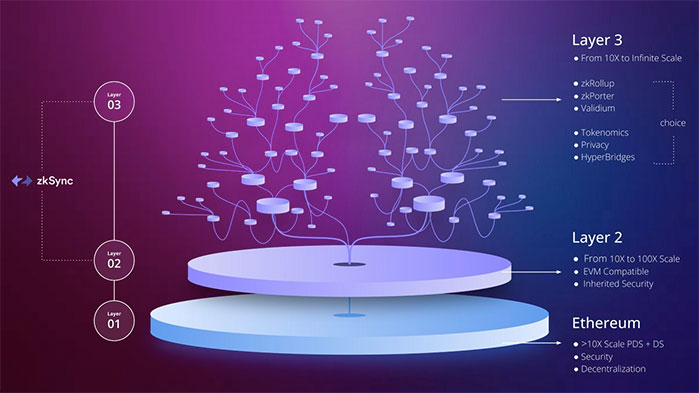 In our vision for Layer 3, which we refer to as ‘HyperChains,’ Matter Lab envisions it to be the first of a series of customized and trustlessly linked blockchains powered by zkEVM that enables limitless scaling with unlimited customization and, in turn, delivering a starfield of 10X moments.

It should be noted that these moments encompass five vectors: security, performance, affordability, ease of use, and composability. As a consequence of the inherent weaknesses of non-native bridges in terms of security, many hacks take place as a result of these vulnerabilities. As a result of zkSync’s L3 fractal HyperChains interacting via native bridges, the level of security is 10X greater than that achieved by most other systems.

The Layer 3 solution that zKSync offers will allow developers to choose from three options when it comes to data availability for their projects, all using the same proving infrastructure for development. Prices, performance, and security are all trade-offs that developers can make depending on their personal preferences.

The Pathfinder prototype is intended to demonstrate a ZK rollup as a fractal Hyperchain in Layer 3 of the design.