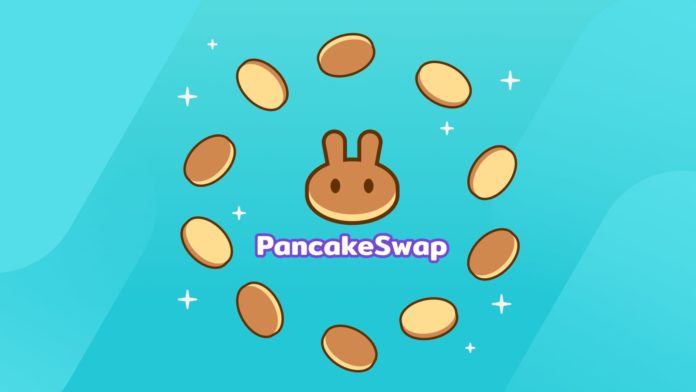 Binance Smart Chain [BSC] darling, PancakeSwap has emerged as one of the top players in the world of decentralized finance [DeFi]. Even as the sector had taken a backseat in terms of its discourse on social media platforms, PancakeSwap’s ecosystem and market share have continued to grow at an astonishing pace.

In yet another milestone, the popular decentralized exchange [DEX] platform reportedly handled an unprecedented amount of 900,000 transactions on the 8th of April alone.

While sharing the news on the micro-blogging website, Twitter, the team behind the DEX also took a sly dig on the Ethereum network as well as cited its transactions figures and stated, 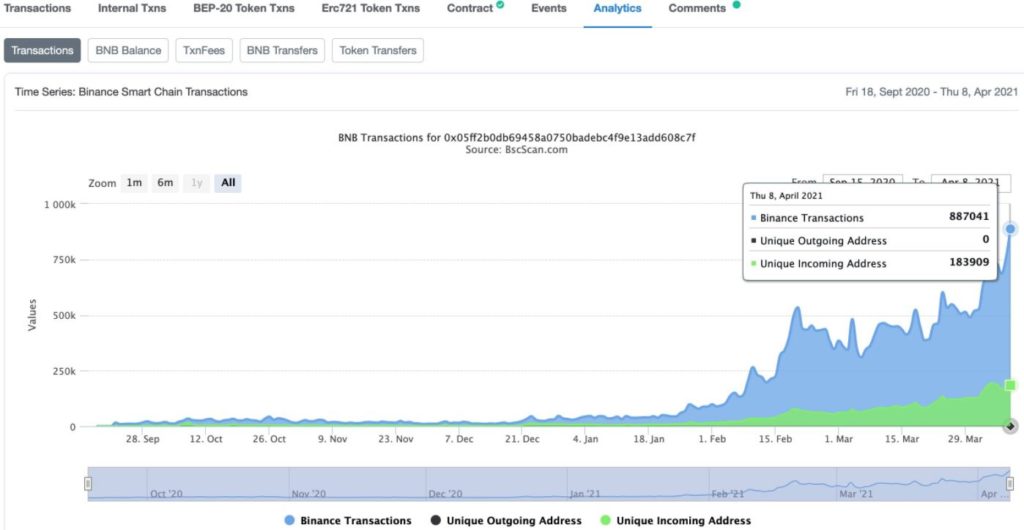 PancakeSwap, which is essentially a Binance Smart Chain-based automated market maker [AMM], enables its users to exchange tokens and earn a portion of fees via yield farming.

It is this integration with the parallel DeFi-focussed blockchain of the world’s largest crypto exchange, Binance that has facilitated its evolution as a liquidity magnet against rivals such as Uniswap and SushiSwap.

Over the last couple of weeks, PancakeSwap has managed to outperform several prominent projects on Binance Smart Chain [BSC] as the battle for DeFi dominance continued.  According to DappRadar’s latest rankings, the platform boasts over 65,000 users and a volume of nearly $1.24 billion as it dominates the charts on BSC.

The protocol continued to act as a serious competitor to its Ethereum counterparts such as Uniswap. Several factors are at play here which have significantly contributed to the growth of PancakeSwap’s growing ecosystem in recent months.

Ethereum network’s astronomical gas fees, for one, have contributed to Binance Smart Chain’s growth as many investors migrated to projects on rival blockchains that offered low transaction costs. This, in turn, has made protocols such as the PancakeSwap, a viable option that saw a huge influx of users over the course of the ongoing bull run.

BSC currently hosts well over 63 million unique addresses. This parabolic growth was contributed by its top 5 decentralized applications that have amassed more than 283,430 unique active wallets in the past week alone, with PancakeSwap leading the way.

Moreover, BSC has also climbed to a new peak of 4 million in terms of its daily transactions volume which is approximately 300% more than Ethereum’s ATH daily transaction figures, according to reports by DappRadar.

0
As the name suggests, a governance token refers to a token that entitles its holders to participate in governance within a particular dApp, DeFi,...
Read more
Companies

0
There is a rapid development taking place in the space of decentralized finance (DeFi), which allows for the development of new tools that will...
Read more
NFT

0
A number of DeFi platforms are offering NFT loans. In some cases, NFT owners can use the loans to exchange cryptocurrencies or fiat currency...
Read more
Companies

0
Another exploit has been recorded in the DeFi world, as the Solana-based liquidity protocol, Crema Finance, was compromised by hackers. On Saturday, the platform...
Read more
- Advertisment -
Posting....