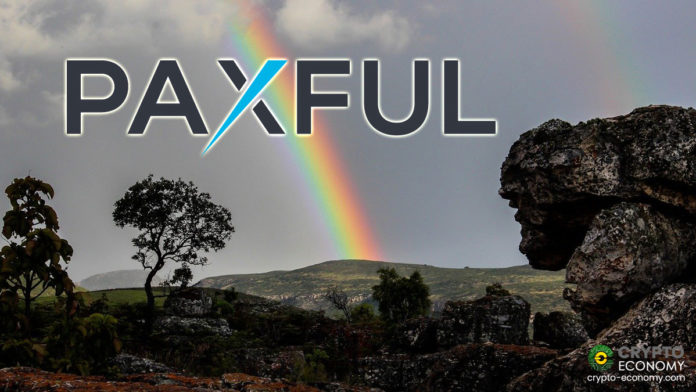 Paxful, New York-based peer to peer crypto trading platform, has expanded its #BuiltWithBitcoin campaign to Africa with launch of the Africa Fund. The funds accepts donations in Bitcoin that will be used to help charities and other organizations fighting against COVID-19.

Paxful made the announcement in a blog post published Monday, May 4. According to the announcement, the fund will use Bitcoin (BTC) to purchase important resources to be used in fight against the ongoing pandemic.

In 2017, Paxful launched a Built With Bitcoin, campaign with a vision to build over 100 schools across the African continent and possibly beyond. As Crypto Economy reported, Paxful opened its second school on in December 2018 following a nursery school built in Rwanda in 2017.

According to Paxful, first two school built in Africa were a great success. In 2020, the plan is to build 4 more schools in developing countries. Now “Built with Bitcoin” campaign is expanding its force to fight COVID-19 pandemic.

Paxful has kicked started the fund with $15,000 worth of Bitcoin itself and matching any additional donations submitted up to $15K USD to the fund by members of the community in BTC. These initial funds will be used to provide food, water and medical supplies to masses of Africa.

According to the announcement, “Paxful will provide will provide 8,400 meals across South Africa facilitated by GROW Educare Centres and 6100 masks for frontline workers in the Kibera slums of Kenya by SHOFCO.”

Other organization within this #BuiltWithBitcoin Africa fund is Zam Zam Water, an organization providing clean water and access to quality education. Zam Zam Water will serve more than 1000 people with food, vitamin C, sanitizer, face masks, and other necessary items to people in various states of Nigeria. The organization will also provide health insurance, access to clean water, books, and school supplies to 341 families whose children attend Paxful’s Built With Bitcoin schools in Rwanda.

“This is a direct response to the pandemic and by utilizing the power of bitcoin we will serve thousands on the ground in a positive way.”

“As a bootstrapped company, with founders who have a passion for giving instead of material things, we cultivated #BuiltWithBitcoin around creating positive social change. Paxful was the first to really look at Africa and see the opportunity to make a difference through bitcoin. The Africa Fund is just the latest in what will be an ongoing effort to provide relief and serve these resilient communities we grew within their time of need.”