Origin Protocol is the Latest Victim of Crypto Crimes, Loses $7 Million in OUSD 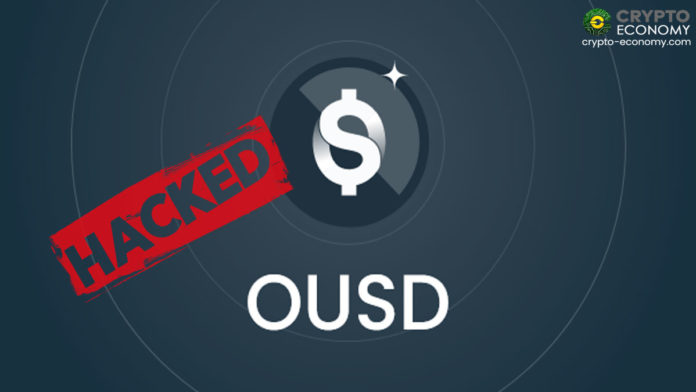 Origin Dollar (OUSD), the yield-generating stable token launched by Origin Protocol, is the latest victims of crypto crime as it has been exploited by hackers to lose $7 million in funds.

Matthew Liu, the co-founder of Origin Protocol, announced the news on Tuesday, November 17. In response, the Origin Protocol has disabled the deposits to the vault and advised users not to buy OUSD on Uniswap or Sushiswap as the current prices do not reflect OUSD’s underlying assets.

At the moment, the total loss of funds is estimated at $7 million which includes Ether and DAI. According to Matthew Liu:

“At this time, there has been a loss of funds of around $7M, including over $1M of funds deposited by Origin and our founders and employees. We will be working tirelessly until we can determine the cause of the exploit and whether we will be able to recuperate these funds. We are very incentivized to give 1000% in resolving the issue in whatever way possible”.

The Origin Protocol team is currently figuring out what vulnerability was exploited and how the hacker was able to access users’ deposits. But the exact cause of the exploit is still unknown. However, according to some sources, the team has noted a flash-loan transaction that appears to be the root of the attack.

Origin Dollar (OUSD) is the yield-generating stable token launched by Origin Protocol in late-September. The team has apologized to those early OUSD users that deposited funds with the Origin Protocol.

The co-founder said that his team is working tirelessly to resolve this issue and would carry out a thorough investigation. He concluded:

“We are not going away. This is not a rug pull or internal scam. Despite this setback, it is very much in our intention to make OUSD a safe, secure, and successful product that builds on the broader Origin mission of peer-to-peer commerce. We are sorry for the events of today, and we will carry this burden forward to do better.”

With the DeFi growing more and more popular, attacks on DeFi platforms are also growing. The Origin breach is the fifth major flash loan attack to hit DeFi in the past three weeks, following attacks targeting Harvest, Akropolis, Value, and CheeseBank. Just 2 days ago, Value DeFi Protocol also suffered a similar flash loan attack that resulted in a net loss of $6 million.

0
Just a few days after raising $32 million on a token sale, the decentralized platform Umee announced the integration with Chainlink. With this development, Chainlink...
Read more
CryptoNews

0
Coin98 Finance, a blockchain-focused software company based in Vietnam, has officially announced the launch of its new DeFi product, Saros Finance, on the Solana blockchain network.
Read more
- Advertisment -
Posting....