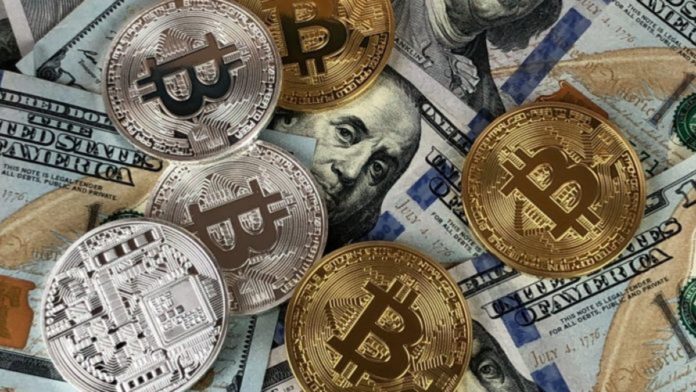 New York Digital Investment Group (NYDIG), which happens to be a Bitcoin custody and trading services provider, has filed with the US Securities and Exchange Commission [SEC] for a Bitcoin exchange-traded fund (ETF).

There is no Bitcoin ETFs as of yet. This could be safely attributed to the unregulated nature of Bitcoin and, by extension, the cryptocurrency market. For the most part, this is what has made the industry easy to manipulate by investors with large holdings. And the SEC is quite aware of that.

Hence, the regulatory watchdog has been notoriously strict when it comes to Bitcoin ETFs and has rejected several funds over the past couple of years. Nearly 10 firms have filed and failed to gain approval for the long-awaited product.

With the latest NYDIG’s S-1 filing, the platform hopes that 2021 could finally be the year when the SEC approves the first such ETF.

“NYDIG Bitcoin ETF is an exchange-traded fund that issues common shares of beneficial interest that trade on NYSE Arca, Inc. under a ticker symbol to be announced prior to commencement of trading. The Trust’s investment objective is to reflect the performance of the price of bitcoin less the expenses of the Trust’s operations. The Trust will not seek to reflect the performance of any benchmark or index.”

This news comes after NY-based, investment firm VanEck had filed yet another application to launch a Bitcoin ETF for trading at the CBOE BZX Exchange.

VanEck is not new to this scene and has filed multiple applications for a Bitcoin ETF in the past. Its latest SEC filing, however, did manage to raise some eyebrows. This was because the official document did not detail its product or its partners for the exchange-traded fund.

Despite the fact that VanEck did actually tie-up with the Bank of New York Mellon Corporation (BK) for custody services for proposed Bitcoin ETFs in the past, the current filing did not disclose any custodians, transfer agents, or marketing agents for the ETF.

Besides, Valkyrie Digital Assets had also filed an application in Jan this year for a Bitcoin ETF making it the second such filing in the last month.

The Valkyrie Bitcoin Fund would be listed on the New York Stock Exchange (NYSE) and Coinbase Custody Trust Company, LLC, would serve as the custodian for the proposed ETF.

Even as these products exist in Europe, the regulators in the United States have repeatedly batted down attempts to introduce them on the grounds of potential manipulation and thin liquidity.

However, with the latest change of leadership at the Securities and Exchange Commission, and several key institutions jumping into the Bitcoin bandwagon, the prospect of a first-ever US Bitcoin ETF appears to be rising.

If approved, it would essentially be a win-win solution for all active and passive investors, even the hodlers.

Not to forget, there is a demand for Bitcoin ETFs. The rising demand for Bitcoin and crypto-related products can be seen by the skyrocketing figures of Grayscale’s trusts, with GBTC eclipsing the lot. Another example was that of the recently launched Bitwise 10 Crypto Index Fund (ticker BITW) which proliferated to a valuation of over $700 million in early February just two after its debut.

0
Bitcoin is under sustained pressure, per the formation in the daily chart. BTCUSDT trend is defined by the bear bar of September 13.
Read more
CryptoNews

0
After last summer's crypto lending platforms crashed, the Securities and Exchange Commission of Thailand is currently in the process of taking a number of...
Read more
Bitcoin News

0
Congressman Brad Sherman hates cryptocurrencies, mainly Bitcoin, and calls them a national security threat to the United States. He was then Chairman of a...
Read more
Bitcoin News