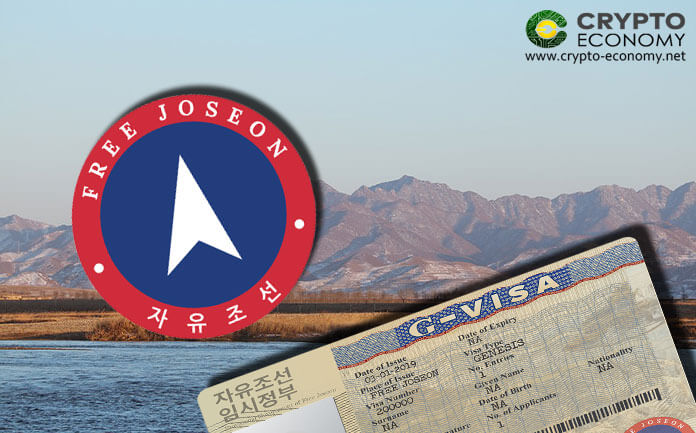 The North Korean revolutionary dissident group Cheollima Civil Defense (CCD) is looking to raise funds to finance its activities that include overthrowing the Kim Jong-un-led government.

In search of $27 million, the CCD has announced that it will be issuing Visas to visit the post-liberated North Korea (which they have nicknamed Free Joseon) starting Sunday 24th March. There will be 200,000 visas on offer based on the smart contract platform Ethereum’s ERC-721 non-fungible token standard. The first 1,000 visas are on sale for 1 ETH but the official website does not state the price for the Visas once the 1,000th Visa is sold.

A single individual is welcome to purchase unlimited Visas which are valid through March 1st, 2029. Each Visa will allow its holder a maximum of 45 days in the Free Joseon country. Dubbed the G-Visa (G standing for Genesis), they will be issued in incremental ascending order according to the purchase times. Which means, that a specific number cannot be ordered in advance.

However, it can be bought on the OpenSea marketplace once the Visas go on sale this Sunday. Looking at the OpenSea page for the Free Joseon G-Visa, already 5 G-Visas have been created and listed but they are probably not available for sale yet. The Free Joseon affiliated Ethereum address shows that there are already seven G-Visa tokens in existence even though they are yet to be sold.

The Free Joseon website has listed both Bitcoin and Ethereum addresses in order to accept donations from CCD sympathizers that wish to support their course. So far, the Bitcoin address has received 14 BTC (worth approximately $56,000 at press time) but the Ethereum address has only about a hundredth of an ether.

So far, the CCD group has been responsible for several treasonous actions against the state of North Korea. For instance, early this month, the wall of the North Korean Embassy in Kuala Lumpur was found sprayed with graffiti written “Down with Kim Jong-un” and “Free North Korea… we are rising up!” Another part of the same wall was drawn the logo of Free Joseon. In another incidence, the CCD group attacked a Madrid-based North Korean embassy restraining the staff and stealing several confidential documents, computers and cell phones.