No asset has made more money than Solana [SOL]; What’s next? 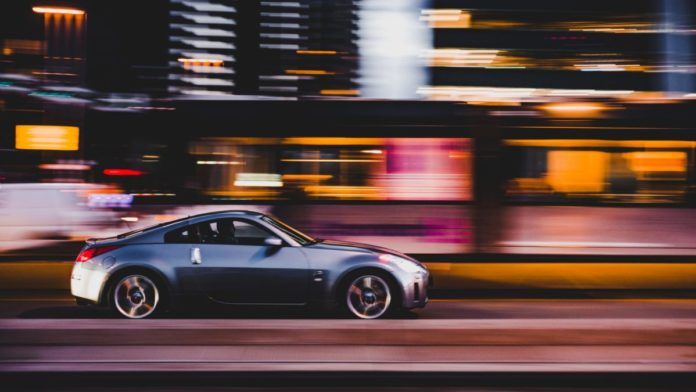 Solana [SOL] has rallied over 15,000% since the beginning of the year. One of the biggest driving forces behind the behemoth rally is the fact that the crypto-asset has positioned itself as a legitimate competitor to the market leader Ethereum [ETH].

A similar sentiment was echoed by Messari’s Ryan Watkins on Thursday. The senior research analyst stated,

There hasn’t been a single asset this year that has made me more money than $SOL, and I remain constructive on it, but all the recent Web 2 VC hype around it makes me cringe.

“There hasn’t been a single asset this year that has made me more money than $SOL, and I remain constructive on it, but all the recent Web 2 VC hype around it makes me cringe.”

He also went on to add,

“The thesis has become so cookie cutter (“faster, cheaper”), it gives off the impression none of these guys understand why blockchains are interesting in the first place. If you think public blockchains are just new cloud computing platforms, you’re missing the big picture.”

Solana’s rise to prominence was based on the premise of Ethereum’s high gas fees and congestion issues. Watkins’ recent comments come at a time when the crypto-asset has made astonishing surges after decoupling from market-wide price movement.

From the technical point of view, SOL’s price may be gearing up for a short-term consolidation phase. On the other hand, the chart looks fairly bullish on a longer time frame. So far the bulls have managed to defend the $220-support area which indicates that near-term losses won’t be profound.

The Awesome Oscillator [AO], for one, is indicating an increasing bullish momentum in the market even as signs of an uptrend appeared to be fading. The rising MACD depicted a strong bullish trend. As for the daily Relative Strength Index [RSI], the buyers continued to dominate the market even after a minor period of profit-taking. All in all, things look positive for Solana. 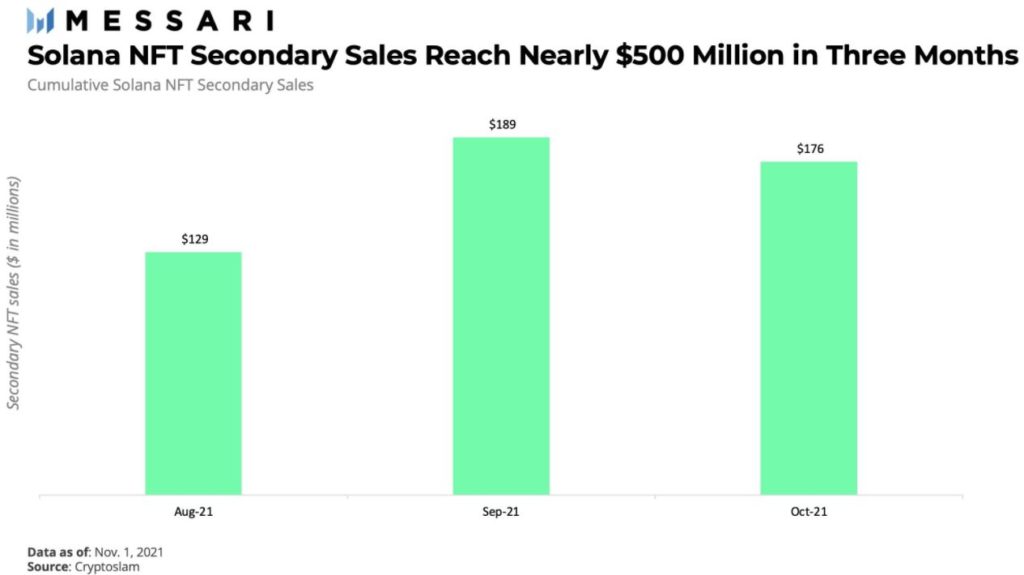 SOL’s tremendous growth can also be attributed to the thriving projects that run on top of the blockchain whose offerings also non-fungible tokens [NFT] among others. As a matter of fact, total NFT secondary sales volume on the Solana blockchain has officially reached $500 million over the past three months alone.

As per data by Messari’s Mason Nystrom, Degenerate Ape Academy dominated the chart of NFT projects on Solana as it raked in a cumulative secondary trade volume of a whopping $105 million. Next up was Aurory with $70 million followed by Galactic Gecko Space Garage with $41 million respectively.

As the Solana ecosystem continues to expand, NFTs on Solana have seen formidable growth.