NFT, DeFi, Blockchain, GameFi, and Metaverse Platforms are all part of Byepix: The First MetaFi Project 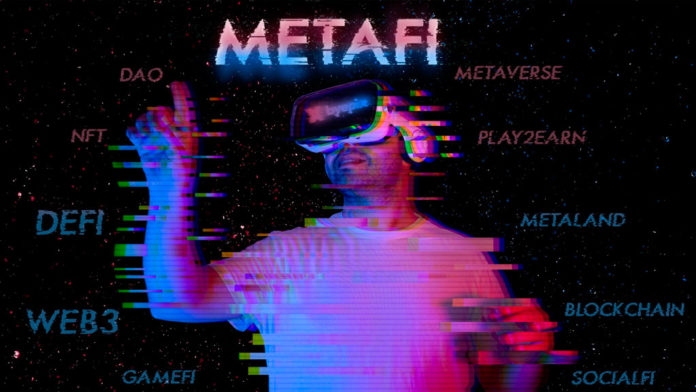 MetaFi is an amalgamation of two words: MetaData and DeFi. MetaFi is a new paradigm shift that intends to standardize blockchain technology for large-scale innovative applications such as games, social networking, and of course, the Metaverse. This would result in creating a unified standard that would aid in putting all these crypto integration technologies into one system.

MetaFi is a concept that unifies Metaverse, GameFi, SocialFi, Web 3.0, and NFTs by providing advanced and complex DeFi Infra under one roof.

This is made feasible by the decentralized infrastructure that defines asset ownership. MetaFi aims to integrate a wide range of blockchain functions into a single ecosystem. It will be compatible with current services thanks to blockchain standards that will be used across any platform. MetaFi can use a combination of fungible and non-fungible currencies, as well as community governance mechanisms like Decentralized Autonomous Organizations (DAOs).

MetaFi’s mission is to create and develop a new ecosystem based on decentralized MetaData characteristics and digital assets that will enable mass adoption of Web 3.0 and Blockchain technology while also providing new use cases for consumers and players.

Byepix universe is a galactic system with nine planets. When pioneers discovered these nine planets, they chose to distribute their innovations to the planets in this galactic system rather than a single planet with insufficient infrastructure. As a result, they have transformed these planets into places where people can learn, play, create, have fun, earn money, and complete tasks, in short, accomplish more than they ever could on Earth.

Byepix is a cyber-social platform that provides:

In this new world, various advanced technologies are used simultaneously and integrated.

This service functions as a self-contained NFT ecosystem, attracting people to the blockchain area. It provides NFT lifecycle services, allowing anyone to build, publish, auction, and trade NFTs for a modest gas price. It distinguishes out because of its user-friendly algorithm, enabling users to locate the NFTs rapidly they’re seeking on the market, ensuring that NFTs are staked with clever revenue models.

Users will construct 2D/3D NFTs and send them to planets in the Byepix star system. Users will buy and sell EPIX tokens through Byepix’s Swap Application. Within Byepix’s star system, there will be a Launchpad. Before entering orbit, planets will use the Byepix Launchpad.

Any NFT accessible on other markets that Byepix approves and considers compatible with its Blockchain topology can be hosted by Byepix. It makes it simple to buy, sell, trade NFTs, and hold shares.

The virtual star system will establish utilizing Virtual Reality and Augmented Reality. Byepix’s objective is to deliver sectoral solutions while also contributing to the development of Metaverse.

This platform has broken our forced connection with Earth. Physics and Astronomy in this new star system are a bit different. The largest planet in the system creates the EPIX material, which is necessary for the system operation and contains the fusion energy in its core.

EPIX is a thick, glistening substance that captures the eye. As a result, it never rusts, tarnishes, or dulls. EPIX has been regarded as the most precious element in the Byepix star system due to its characteristics.

EPIX is the Byepix platform’s governance token, with the following use cases:

Governance is set up so that EPIX token holders can vote on platform settings that influence project profitability and development. Besides, EPIX tokens will be utilized to award users for bounty hunting, referrals, and other programs in the future. NFT issuance, Staking, Auction, Trading, and other activities require EPIX tokens. The EPIX Token System Tax is another feature that creates a revenue model. Users who trade EPIX tokens contribute to a dividend pool.