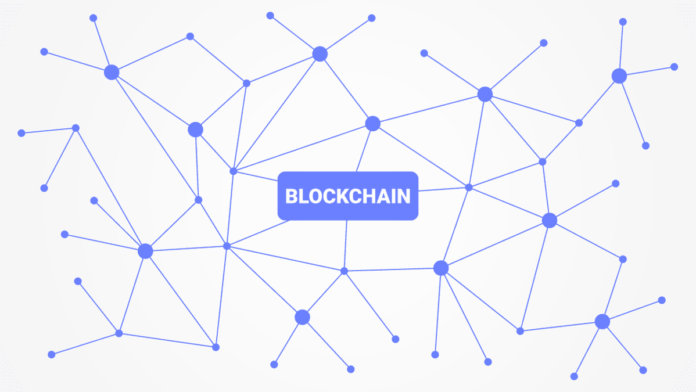 The research arm of Crypto venture capital firm Dragonfly Capital Partners, Dragonfly Research, just conducted an experiment that demonstrated that the new generation of Layer1 blockchains solutions have evolved in a significant way to achieve great heights of scalability.

Dragon Research has recently carried out a test that measured the performance of different L1 solutions by calculating two aspects of performance – throughput and latency.

The experiment was an attempt to compare blockchain throughput by measuring how many swaps could be made per block on native automated market makers (AMM). AMMs refer to decentralized exchanges (DEX) such as Uniswap and PancakeSwap that facilitate non-custodial token swaps on-chain.

Findings Of The Experiment 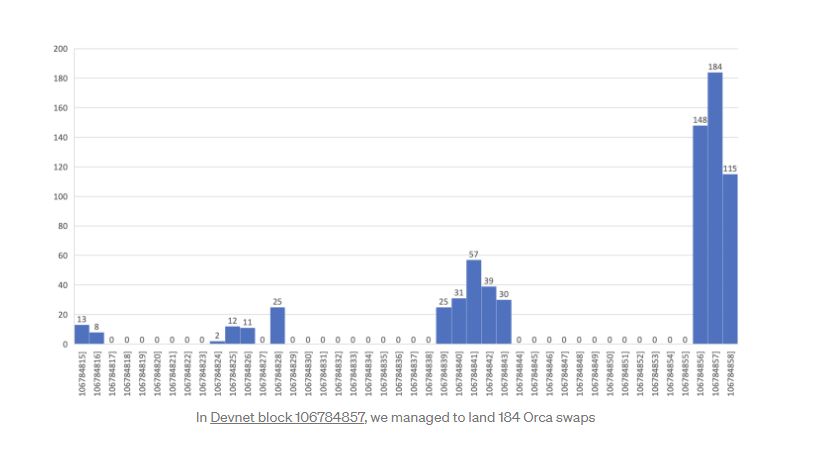 According to the official blog post, Ethereum’s lack of scalability has caused a mass migration to a new generation of L1s. Most of these L1s use the Ethereum Virtual Machine (EVM), which makes them compatible with Ethereum wallets and developer tools. Researchers believe that the competing Layer 1 chains will out-do EVM chains in the coming future.

Ethereum is the MS-DOS of smart contract 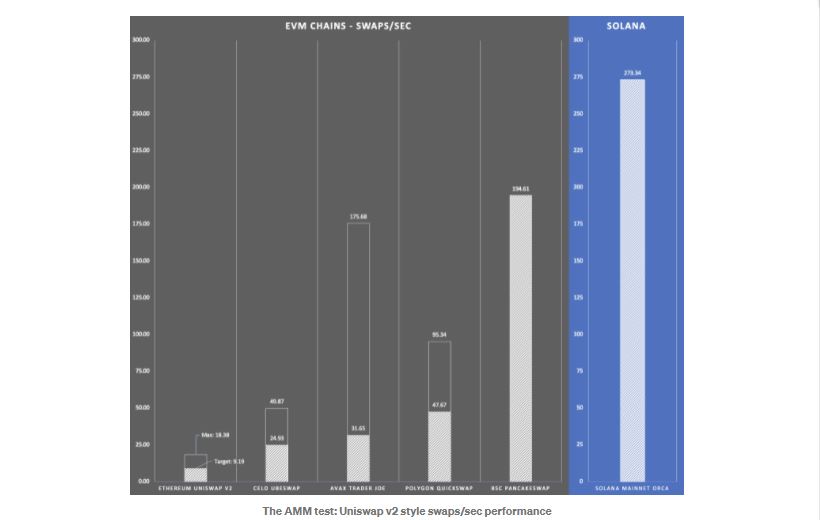 A researcher named “GM”  argued that while there was a rich ecosystem built on Ethereum Virtual Machine (EVM) compatible chains, the results showed that if a high performance is required, users have to start seeking solutions from outside the EVM space. He went on to add,

“Overall I come away with this impression: Ethereum is the MS-DOS of smart contract operating systems. But the current era of blockchains takes us into the Windows 95 era.”

GM tried to define the experiment in simple words by saying that the entire procedure was an attempt to compare blockchain throughput by measuring how many swaps could be made per block on native automated market makers (AMM).

Uniswap V2 was used as the benchmark given it is the leading DEX with $1.6 billion in 7-day transaction volume. The benchmark was 18.38 transactions per second with 13.2 seconds per new block according to the report. Author GM noted that although it is not a perfect benchmark, it is “illustrative in getting a holistic view of performance.”