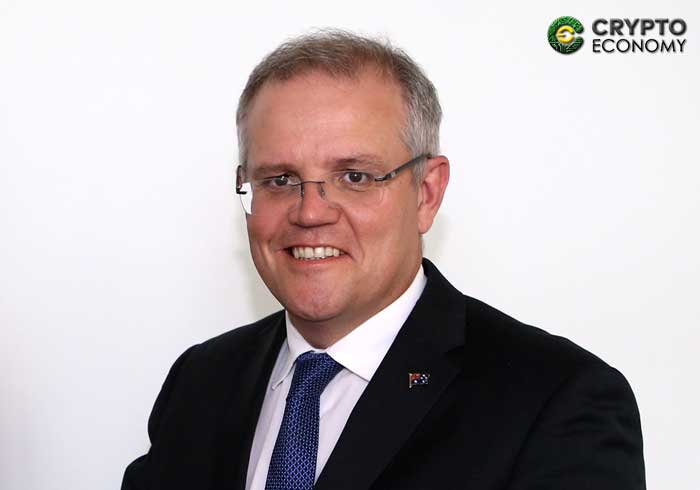 The newly elected prime minister of Australia is subtly pushing the support for blockchain technology saying that it has the capacity to compete with big banks. The PM who was the country’s treasurer before his election stated that the technology could solve some of the banking challenges in the finance industry.

The prime minister, Scott Morrison said that blockchain will not just be disruptive of the banking industry but that it will lead to a “much tougher competition” in the space.

Morrison who spoke to the press a few weeks after being elected to office said that he had done some research on the technology but stopped short of backing cryptocurrencies but laid emphasis on the underlying distributed ledger technology.

“What has been done with distributed ledger technologies and blockchain, working in the financial sector, that’s going to open up massive opportunities,” Morrison said.

He tended to lean towards having smaller banks adopt the technology to effectively tackle the limitations placed on banking transaction by bureaucracy, saying,

“But the thing I like about it most – it’s going to deliver much tougher competition to the big banks. ‘Business as usual’ for the big banks won’t be continuing…Smaller banks and new technologies can be used to give greater power to customers.”

The prime minister has been known to be disposed towards benign crypto laws even when he was the country’s treasure. In 2016, speaking to reporters he stated that the government would work towards removing double taxation on cryptocurrencies.

Australian have been taxed double goods and services tax (GST) whenever they made purchases with digital currencies such as bitcoin. A bill has already been introduced in the parliament to have the double taxation law on cryptocurrencies removed.

During the build-up to the introduction of the bill to stop the double taxation on digital currencies, Morrison stated that, “The Bill will ensure that Australians are no longer charged GST on purchases of digital currency, allowing it to be treated the same way as physical money for GST purposes.

The law change will retrospectively apply from 1 July 2017, in line with the 2017 Budget announcement.”

The prime minister during the briefing was unequivocal in his support for the technology stating,

“Whether it’s in electricity prices or in banking, that’s my agenda. I believe in it. My team believes in it. Australians can trust me on it.”

By making his stance on digital currency known, the Australian prime minister is among the few world leaders that can be accounted as pro-crypto.

Australian situation is interesting to note due to the fact that most countries have had leaders backing cryptocurrencies as an alternative during inflation as seen in Iran, Argentina and Zimbabwe.

Australians already have strong inclination towards cryptocurrencies as exemplified with some crypto-friendly airports in the country.