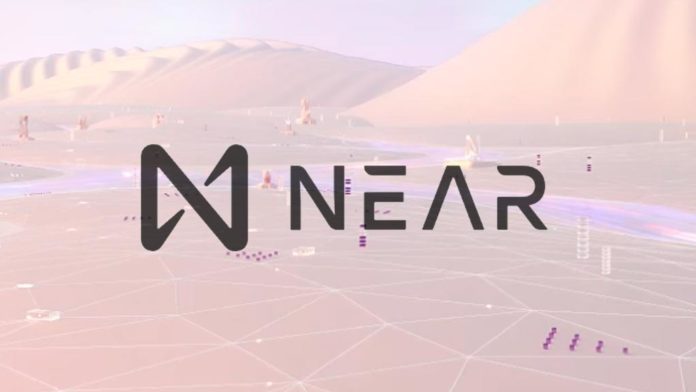 NEAR Protocol has launched Nightshade Sharding on mainnet to start its transition to a fully-sharded blockchain and bring limitless scalability to the Near blockchain.

🔥 Sharding is now live on #NEAR, opening the doors for increased scalability and performance. #MassAdoptionIsNEAR

According to an announcement on Monday, November 15, the recent launch of Nightshade Sharding is the initial phase of upgrades that are coming in the future to make the NEAR protocol a fully sharded blockchain that was promised in the initial design announcement.

As Crypto Economy previously explained, NEAR was meant to be a sharded blockchain from the start. In this approach instead of running one blockchain, multiple blockchains called shards run in parallel.

But at around launch time in 2020, the team changed the plan to avoid any unwanted issues as sharding is a complex scaling technique. The recent announcement explains this as:

“However, when preparing for the launch in early 2020, we realized that there was no need to launch a completely sharded network.

Sharding is a very complex piece of technology and the network was brand new. It didn’t need to be capable of handling hundreds of millions of transactions at launch.”

So, the protocol was launched without sharding. Now the team has decided to upgrade the network as the average number of daily transactions on the network has risen to more than 300k. This number will go up in the coming months as more and more projects are coming to NEAR.

“While the network is still currently using only 13% of the total capacity, we wanted to start the transition to sharding now to avoid any unpleasant surprises and ensure we can support all the applications on NEAR. Today is the start of that transition.”

Nightshade Sharding is the name of the sharding technique that the NEAR protocol will use. The recent launch is Phase 0, which is given the name “Simple Nightshade”, to kickstart the process that when complete, “will make it super-fast, incredibly secure, and capable of onboarding millions of users into the world of Web3 without skipping a beat.”

The whole process will be completed in 4 phases. In Phase 0, the blockchain state will be sharded, but not the processing. This means the blockchain will be split into four shards but still be validated by all the network’s validators. In fully sharded blockchains, each shard has its own set of validators.

Phase 1 is expected to begin by January 2022. Phase 1 will introduce ‘chunk-only producers’. These will be validators who will validate only one shard. In Phase 2, the implementation of Nightshade Sharding will be completed, and both state and processing will become fully sharded. Phase2 is expected to come by Q3 2022.

By the completion of Phase 2, the Near Protocol will have a fully functional sharded mainnet with a fixed number of shards. Phase 3, called Dynamic Resharding, is expected to be delivered in Q4, 2022. The announcement reads:

“In phase 3, we want to expand on that and create the ability for the network to dynamically split and merge shards based on resource utilization. This will make NEAR almost infinitely scalable and resilient to short-term usage spikes.”

The completion of Phase 3 will enable the NEAR network to dynamically adjust the number of shards based on their utilization by itself.

0
NEAR Protocol raises $150M in the latest funding round led by Three-Arrows Capital to accelerate the adoption of Web 3.0 technologies around the globe.
Read more
Companies

0
Cardano-based Ardana will build a cross-chain bridge between Cardano and NEAR protocol as per the terms of a new strategic partnership between the two teams.
Read more
- Advertisment -
Posting....
We use cookies to ensure that we give you the best experience on our website. If you continue to use this site we will assume that you are happy with it.OkPrivacy policy