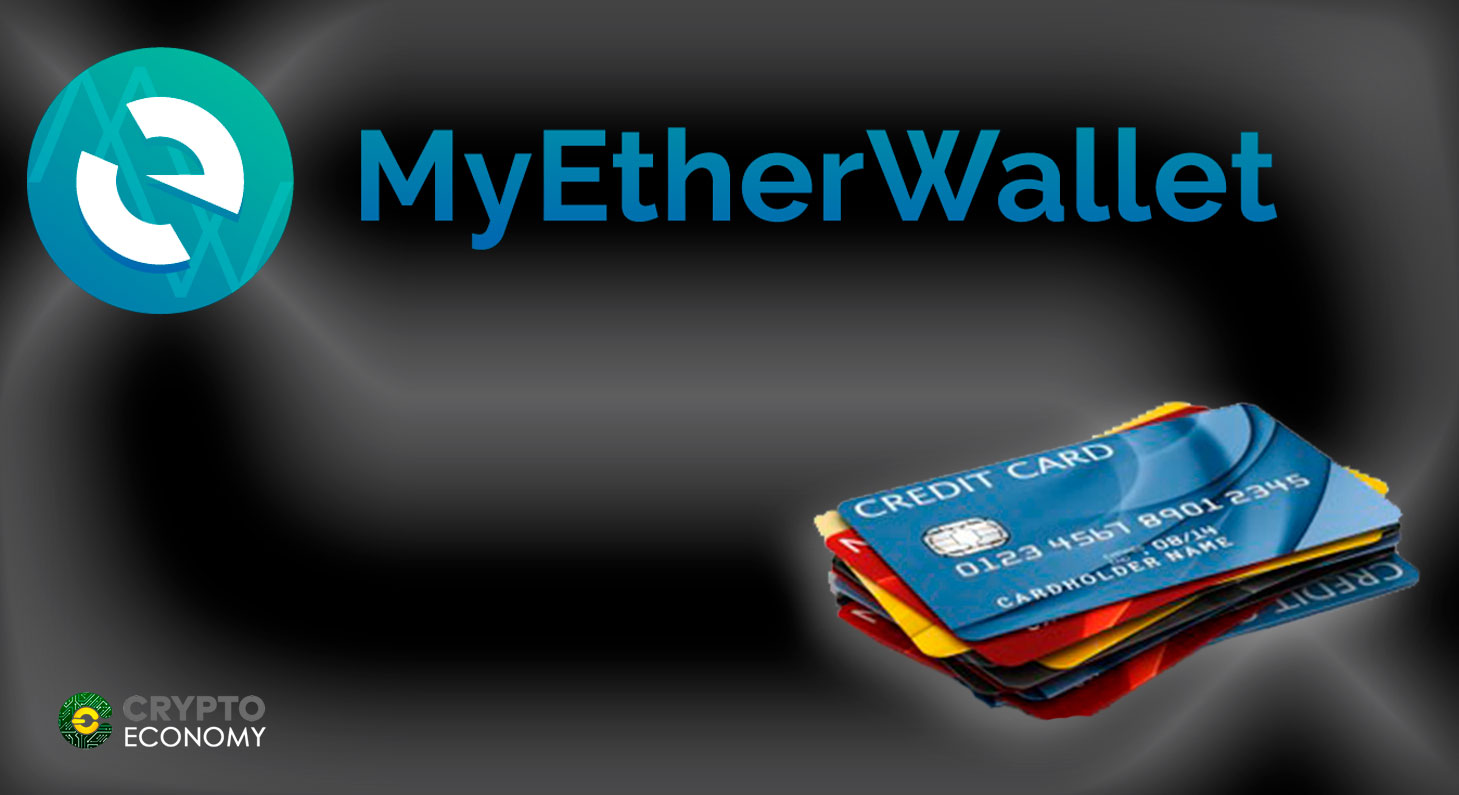 On July 18, crypto-wallet provider MyEtherWallet (MEW) announced via a statement in its social media, the implementation of a new payment option for purchasing ether (Ethereum’s native currency) within its platform.

According to the news spread through its Twitter account, users of the aforementioned wallet will be able to process Ethereum payments with Visa and Mastercard credit cards, in US Dollars and Euros. This new method is thanks to a new partnership with Simplex, a startup dedicated to payment processing via credit cards, with anti-fraud protocols applied not only to digital wallets, but to exchanges, businesses, banks, investors and markets.

In this regard, users can carry out payments for a monthly maximum of $ 50,000, and a daily top of $ 20,000. Likewise, the terms for the first transactions state that it must be within the ranges of $ 50 and $ 10,000. These conditions are shared with the investment service ABRA.

Despite the news, not all the clients of the platform have been receptive to the recent option, considering the incident MEW had early in July, where funds from thousands of accounts were stolen through a popular browser plug-in known as “Hola VPN”.

The attacks MyEtherWallet has suffered in the last months have not been directly linked to vulnerabilities in the wallet’s source code, but to phishing-dedicated services. In addition, developers of the platform have frequently asserted that they do not hold personal data or passwords of its customers, so hackers will have no access to their information via the platform, but through any app they use to access it, as it was the case of Hola VPN.

Following the endless explanations of the company, however, users are still uncomfortable regarding this. Nevertheless, the integration of credit cards in payment processes is a big step, especially if one considers that MEW is among the most used wallets worldwide, despite being banned by several banking entities such as Lloyds Bank, JPMorgan, Bank of America and Citi Group.

In addition, the new option comes in the moment Bitcoin has had a significant increase in its per-coin value, reaching US $ 7,500 – more than 22 % in comparison with last week data, being this a promising signal after its sudden downfall last December.

0
Ethereum has surged yet again even as the entire cryptocurrency market was trading sideways after Coinbase's big debut on Nasdaq. The world's largest...
Read more
Bitcoin News

0
Bitcoin's recovery has met with significant resistance from the coveted level of $60K as the price stabilized below it. Efforts to reclaim the fort...
Read more
Companies

0
NFT market is exploding as over the past month, the top five biggest non-fungible tokens (NFT) projects generated over $373 million in sales with some sales reaching up to $1.5 million for a single NFT.
Read more
- Advertisment -