Modex: the Smart Contract Market for All 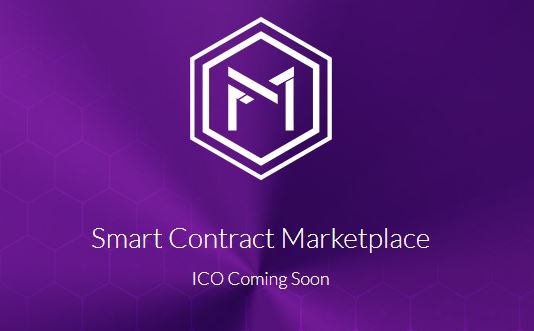 The development that blockchain technology is impacting in various sectors is changing many paradigms. One of these paradigms is the one about interactions between the parties that in a project, a service or a negotiation come into contact at a given moment. The need to clarify negotiation parameters and obligations of the parties with transparency, immutability, security and even anonymity is covered by the principle of smart contracts. In this post we will talk about the Modex´s  proposal and their smart contracts market.

Modex is, in its own words, a smart contract market that bridges the gap between developers and end users to bring the benefits of blockchain to the real world.

From their perspective, there is an immense amount of value that has accumulated, and now innovation is hitting the industry in general, in blockchain form. However blockchain industry has not reached mass adoption, and criptocurrencies and the blockchain alike remain limited in terms of implementation. There is certainly a great need in the industry for a market that takes decentralized applications to a much wider adoption framework, so it is important to connect the developer community with the established and emerging business community to make the benefits of this technology accessible . In Modex they focus on the adoption of the smart contract.

The Smart Contract market concept is an ecosystem of applications to make smart contracts accessible and deployable, providing cost savings, development tools and a reliable, centralized marketplace for developers to launch their code, get in touch, analyze and audit their work, and finally integrate those developments into end-user applications that will benefit the business world beyond the blockchain community.

Modex is a smart contract market and an application ecosystem that allows simple and easy-to-use access for cryptocurrencies and smart contracts alike. Developers can leverage Modex to monetize their skills and deliver intelligent contract solutions to end customers and collaborators. The real-world community can easily find smart contracts that meet their needs, and are already audited and secure, without having to explore the developers and manage unique development projects.

Modex makes the deployment of smart contracts much easier, faster and more profitable and also accelerates the adoption of blockchain technology. Developers start smart contracts and can do it in many ways: by building plug-and-play, ready to sign contracts, or can be approached by a company or a company on the other side of the market that want something more personalized. Once the dapp is created, it goes into a testing and approval phase where it is reviewed and tested, this takes the work through a standard process of best practices before it is later published and marketed in the market. At that time, the contract is “sold” and implemented in the application or program that will use that smart contract. 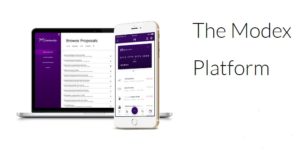 MDX is the native token of Modex, and will be used to facilitate transactions in its ecosystem. A portion of the market rates will return to the community developer fund to support strategic projects and smart contracts that the developing community wants to prioritize. The Modex revenue model is very simple: 70% of the transactions go to developers for creation, auditing and writing tests, 15% goes to the company and 15% goes back to the community group .

Although Modex has announced that it will launch a Pre-Ico and consequently an ICO, the precise date is yet to be announced. At any event, you can review the project’s white paper for more details.