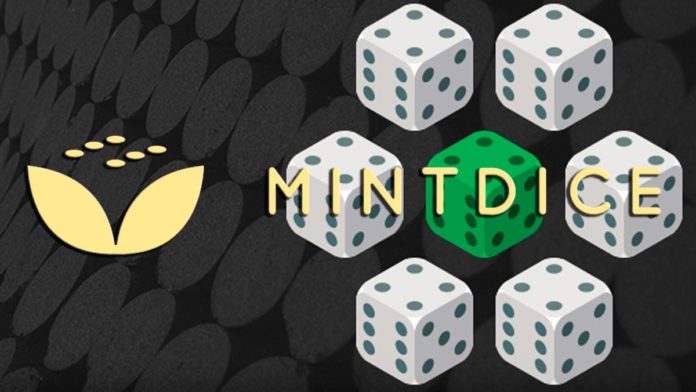 There are very few industries that are more perfectly suited to each other than the cryptocurrency and online casino industries. Their relationship can easily be described as yin and a yang to each other.

They are that closely linked. The online casino industry burst into the scene in the mid-’90s ushering a wave of gamblers – those who could play casino games at the comfort of their homes.

The only problem was that the casino industry both traditional and online casinos have had a complicated relationship with popular payment methods including bank transfers and payment cards.

These services overcharged casino payments and for a long time, casinos have been on the hunt for a better payment partner and came along bitcoin in 2009.

Bitcoin and cryptocurrencies, in general, introduce several advantages for payment against traditional payments.

First they provide online gamblers their most valued asset – privacy and anonymity. The latter is debatable and hugely depends on the blockchain asset that the gambler and casino use but in general, if you want to play without revealing your identity then cryptocurrencies can afford you that luxury.

When comparing different cryptocurrencies there is a discrepancy to that statement of course, for instance, Bitcoin, the leading cryptocurrency is notoriously slow and not that private in the first place. Ethereum, the leading altcoin itself is also slow but comparably faster than bitcoin processing about 15 transactions every second against bitcoin’s 4.5 transactions.

These are not fast throughput figures by any stretch of the word but they are relatively faster when compared against traditional payment methods. Sending or receiving funds to or from a casino would easily take you a couple days of waiting for the transfer to be confirmed.

Taking full advantage of the overlap between the cryptocurrency and online casino industries is an upcoming online casino named MintDice which launched in 2017.

According to the founder and CEO Bryce Daifuku who is a former professional poker player himself:

“MintDice was created to satisfy the convergence of the crypto and betting spaces and we’re continuing to develop new games heading into 2020.”

His online casino is introducing a lot of new concepts that underlie the two innovations and take online betting to a whole new level.

The norm in the online casino industry has been taking classic casino games and porting them over to the online space which has worked just fine but the industry has struggled with attracting new players.

MintDice aims to change that.

“We are relatively new to the scene in what seems like a somewhat sleepy market, but we are slowly gaining interest that is fairly apparent on our backend sheets and trust in the community,” Daifuku said.

There is an arguably longstanding myth that casinos are unfairly designed to benefit the house rather than the players. With MintDice, this will not be the case.

This Bitcoin Casino is designed with a decentralized ethos in mind allowing players to confirm the authenticity of every play they make and the results they receive.

MintDice calls it Provably Fair technology which allows for all plays to be determined with as much fairness as possible and players can check this individually without relying on a third-party. It is a true trustless online gambling scene.

At its core, MintDice has divided its games into two kinds of sections: Casino Games & Social Games.

The classic casino games are, well what we are used to – the normal casino games such as their rolling dice and playing slots. Both of these games are actually available to play.

MintDice conveniently labels them Bitcoin Dice and Bitcoin Slots. There is also another game in this section named Plinko Online. With the Dice game, players are able to pick odds independently and strategize in ways that will increase their odds of winning.

With the Slots game, players are able to make provably fair spins that would enable then to win some bitcoin or any other cryptocurrency with which they choose to bet.

The social games category is more revolutionary and allows players to either team up or use socially available information to make decisions on play moves.

The first of these Bitcoin games that has been launched in this section is the Bit Rocket game which allows players to speculate on the price of Bitcoin skyrocketing.

Daifuku describes it as an:

“innovative game where you will want to be the last player to cash out before the rocket explodes.”

Another game in this category is the Pyramid, another multiplayer game that allows for ‘serious’ game payouts.

To ensure fairness not just between the ‘house’ and players but also between players themselves, MintDice has designed a system that is bot resistant. This means that all players on the platform are human.

“In every Social Game case, it is extremely important to us that the games are played fairly, are played by humans and are heavily bot-resistant, so we are looking out for you, the user, as best we can.” Daifuku says adding that “The good news is that if you have the best strategies out there for any of our Social Games you can skillfully win your way [to] serious amounts of Bitcoin.”

Other ways to participate

Not everyone is a high-risk tolerant gambler. Others just want to use the platform for occasional fun plays with the chance to make modest returns.

Others don’t want to risk their money at all so they are looking for a more sure-footed way to make a return to their investment.

Well MintDice caters to everyone. The online casino offers other investment opportunities without having to risk your hard-earned crypto.

The company runs staking and masternode services. Staking works by allowing people to hold their coins in a specified wallet for a period of time while earning the right to participate in blockchain governance.

Different coins use this concept differently but the common factor is that staked coins earn interest or rewards. MintDice allows its players to pool their coins and tokens in its staking pools and equitably shares the staking rewards.

For the new players and the more risk-averse players, there is a neat feature that allows a group of people to pool their funds towards a common bet called Crowd-Funded Bankroll.

This feature allows a group of people to take up larger positions which potential afford the members of the group possibly larger winnings with smaller stakes.

As if that is not enough, MintDice also has an affiliate program for referring new players to the platform. It rewards the referrers 10% of all returns from the people referred to the platform.

Finally, there is also an opportunity to gain through owning part of the company. This is the traditional method of investing in a company. MintDice allows investors to buy a stake in the company in what the company calls “Be the Bank” program.

This program guarantees investors revenue payouts at no risk. The company pays out 15% of returns from each bet distributing it to its investors according to their stake in the “Be the Bank” investor program.

The future is very promising for MintDice and looking ahead, the company has a host of other products and features to roll out in 2020 and beyond so stay tuned.