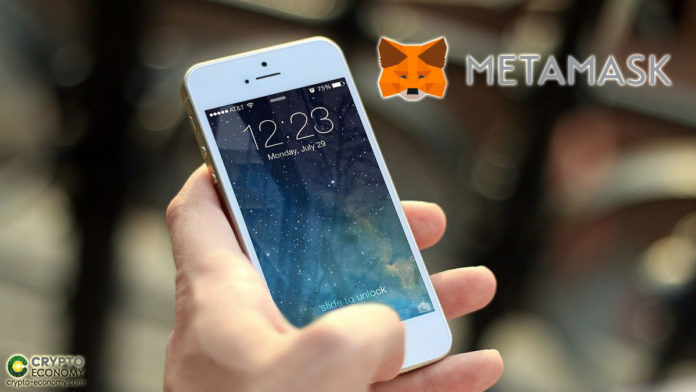 The MetaMask Mobile wallet offers users a secure ERC-20 storage facility supplied with a secure login mechanism, a key vault, and a token wallet. Moreover, investors who have existing MetaMask wallets on their web browsers can quickly connect them with the mobile app. ConsenSys notes that users can scan the QR code provided on the extension to quickly connect both devices. Transactions and other data are synced between devices right after scanning. Reportedly, ConsenSys created the app to provide traders with a to-go experience. 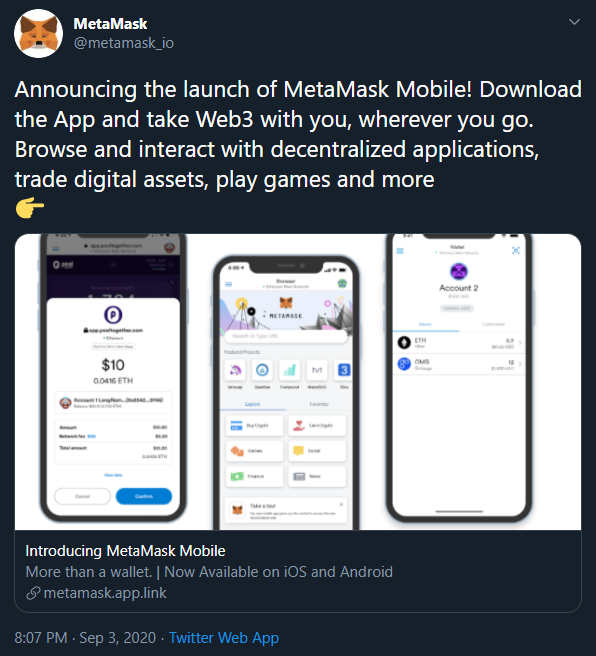 According to the press release, MetaMask Mobile makes it easier for retail consumers to adopt Web3 applications and services. Consumers from a list of 34 countries can now directly purchase Ether (ETH) through the new app. The currently available payment methods are Apple Pay, debit cards, and ‘other country-specific payment methods.’

The gateway to global crypto adoption

ConsenSys, who launched MetaMask in 2016, now claims that it will provide a gateway to Web3 for mass adoption. The company states that the new MetaMask Mobile app has the potential to serve a wider range of users. They note that 60% of internet users, amounting to 2 billion people, access the world wide web through mobile phones.

Additionally, mobile phones are quickly becoming the number one access point and gateway to cryptocurrencies. More than 65% of users who participated in the app’s beta are located outside Europe and North America. The data coincides with the abundance of mobile users compared to PC users in third-world countries.

Joseph Lubin, entrepreneur and ConsenSys co-founder, commented on the app’s launch, regarding it as a major step towards Web3 adoption. Lubin stated the following:

“It’s critical that our ecosystem continues thinking ‘mobile first’ and prioritizes UX and dApp discoverability, while not sacrificing on the security and control users of Web3 applications expect. What smartphones have done for Web2, we believe MetaMask Mobile will do for Web3.”