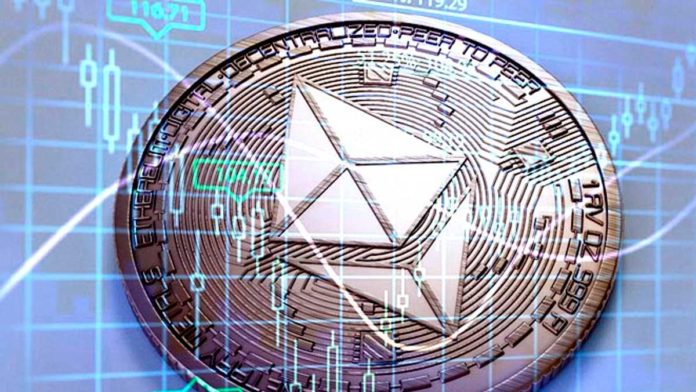 Ethereum’s scalability issue results in gas fees being higher than Bitcoin fees for two months in a row. According to leading blockchain analytics company Messari, this is the longest streak Ethereum fees ever had. Messari recently tweeted its statistics page for fees, showcasing that that the leading altcoin ecosystem exceeded Bitcoin fees more than at any point in history. 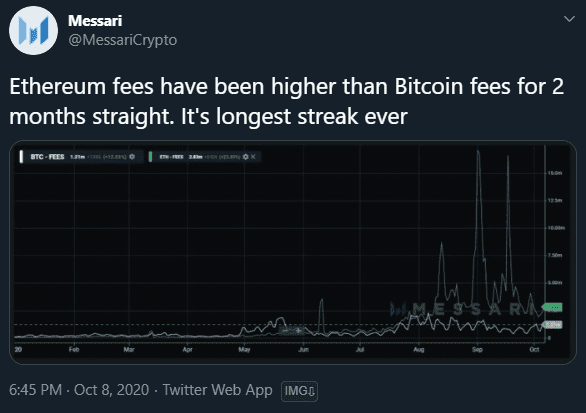 August was the first month where gas fees reached a record high. This occurred as a result of a high interest in yield farming and other DeFi protocols. As the DeFi bubble slowed down its exponential growth, fees slowed down. However, this still showed that dApps on Ethereum cannot properly execute transactions as network congestion extends to extreme levels.

Every time Ethereum experienced network congestion, users dealt with a radical fee system that could not be supported long-term. As a simple token swap on Uniswap cost anywhere from $40 to $100 in total, DeFi showed that Ethereum is unsustainable in its current form.

Hence, this led to heightened activity of ETH 2.0 discussions between developers. Based on the latest information, the scalability solution is set to fully launch by 2022.

In the meantime, developers insist on introducing new features through proposals. This week, ConsenSys developer Tim Beiko shared a survey that analyzed the sentiment of 25 Ethereum developer teams and their view on EIP-1559.

EIP-1559 is a recent Ethereum Improvement Proposal which seeks to reform fee structures. If adopted, Ethereum would offer a fixed fee rate for each mined block. This would include a small tip for the miners as well. Moreover, the decision proposes that gas fees are burned based on the momentary level of network congestion.

Will Ethereum Developers vote for EIP-1559

The analysis which Beiko conducted showed that 60% of the surveyed developers support the new EIP-1559 proposal. Meanwhile, 13% were against the proposal and 27% of the developers were neutral. Amongst the surveyed participants were several teams who work on wallets, exchanges, miners, and other blockchain platforms. All in all, a high number of developers support the proposal for initiating predictable gas prices using fee burns.

Commenting on this, Beiko stated:

“The main benefits that projects see with EIP-1559 are the predictability of gas prices, especially for projects who set them for their users, and the fact that ETH is burnt in each transaction.”

Nevertheless, this proposal may not be approved easily. While developers support EIP-1559, most miners are against it. As it would severely affect miner revenue, there are major concerns regarding the new system’s implementation. Beiko’s research revealed that eight out of the nine surveyed mining companies rejected the proposal.

Since miners greatly contribute to network stability and scalability, it would be a major problem if they would refuse to participate in the EIP-1559 hard fork. However, both miners and developers may in the end sit down and discuss an option that suits everyone. But until that moment, users will continue to pay for extremely high fees.