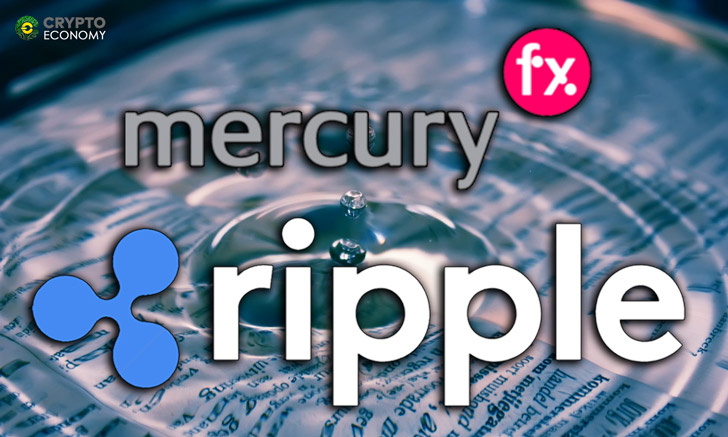 Ripple, the company that aims to thrive the financial system with his new technology, is set to expand more in the month to come, as a result of the recent announcement of Mercury FX international exchange provider that is planning in association with the Ripple company to make his services accessible in the Middle East and Canada by the middle of this year.

The company is planning to open 10 new payment passage, that should be powered by Ripple’s XRP-based xRapid, Mercury FX will be using Ripple’s technology to carry out payment from the United Kingdom to Canada firstly and then they will proceed to other countries like Mexico and the Philippines, as the company stated in the Ripple regional event in 2019:

We have plans for the Middle East. We have plans for Canada, imminently. But I think the really exciting thing that xRapid and Ripple brings is it brings access to new markets that perhaps aren’t actually accessible now…

Furthermore, he said that their goal is not limited to two countries and that there will probably be more in the future:

It’s two countries today. It could be ten before the middle of the year. And what stops it from being any more than that?

He also said that Ripple technology is offering great opportunities and it will allow their clients to benefit from the Blockchain technology and his large range of features.

Mercury FX CEO Alastair Constance also spoke at the event about how the Ripple’s technology could have the best of SWIFT in a near future, he pointed out the fact that when processing high volume payments for import/export companies for instance, Ripple is by far a better solution than SWIFT.

As a reminder, SWIFT has already been adopted by a vast majority of banks for their cross border transaction, but according to Mercury FX CEO time is up for the SWIFT-powered transactions.

Ripple’s powered transactions are said to be more secure and by far faster than any other company, but also, Ripple’s main goal with the introduction of his technology was to overcome the SWIFT system being the bank standard, however, with companies like Stellar and Ripple maybe we will see a change in the way money is processed.