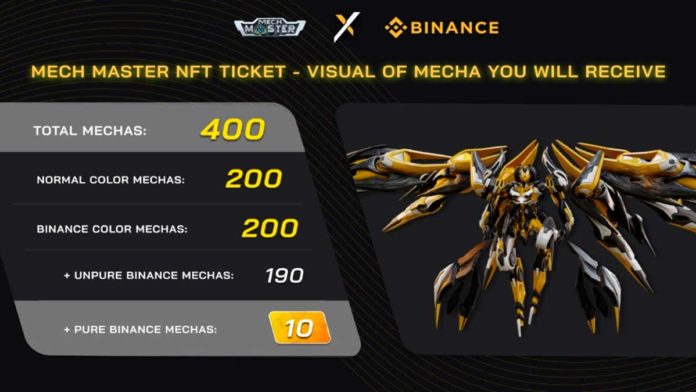 Mech Master, a strategic turn-based RPG game which has been making headlines in the Play-to-Earn (P2E) industry recently joined  a talk show on Binance Live. The talk show presented various aspects of the nascent P2E market and some of the key developments ahead for the metaverse integration. The Head of Marketing of Mech Master, Ron Nguyen, attended the talk show and gave us an overview of the Mech Master Project as it is all set to launch its NFT ticket sale on Binance native NFT platform.

Firstly, Ron summed up about the origin of Mech Master and the team information as well. Mech Master is a game from Mirai Studio and is the result of immense contributions from 50+ people. They are a team of experts and highly skilled individuals across the country, based in Vietnam, but also come from many international game companies who had experience working in Japan, Europe and big companies established in Vietnam as well. 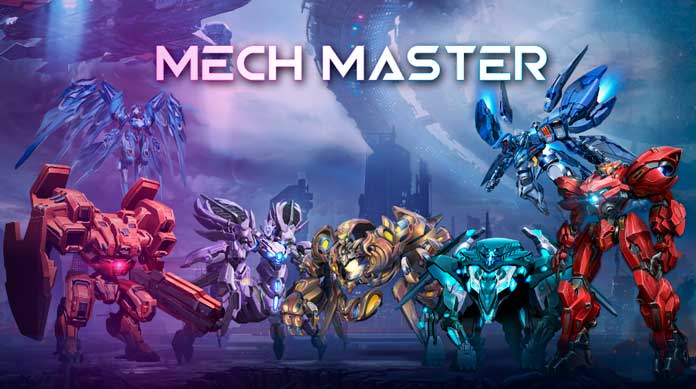 Based on that, Mech Master confirms it is a platform where every game maker can make games on this platform.

During the Talk Show Ron pointed towards some of the key competitive advantages that Mech Master has over its competition in the market. He explained:

“At the end of the day, we’re a game maker, therefore, the game has to be our core and our team of 50+ people are doing our best to bring Mech Master to the market. We’re not rushing into the so-called “gold rush” to release the game as soon as possible.”

He added key advantages of the game in 2022:

(as seen in the video)

In case you missed, Mech Master is the world’s first 3D turn-based Mecha Blockchain game with strategic RPG features, in which you may earn tokens through clever gameplay and smart transactions. Players can hire new pilots, earn energy swords and guns, show off tactical prowess, and buy land or create their own top-secret fortress on the Moon. Please refer to this link to see our VR Mech Master Marketplace.

Mech Master NFT Tickets are digital assets in which every owner can open and possess one Mecha out of the 7 different Mecha races. Each Mecha race has its exclusive rarity level, stats, extra parts, and skills. The top-notch NFTs you can ever find in the market to date! 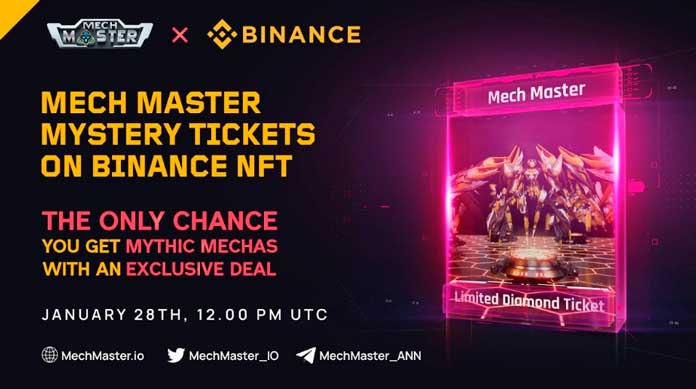 Mech Master Tickets are used to draw the 7 Races of Mechas: Legion, Ravager, Giant, Alien, Relic, Shapeshifter, and Aerial, with a chance of getting 5 different grades: Uncommon, Rare, Epic, Legendary, and Mythical. Tickets are categorized into different tiers where Bronze is the lowest and Limited Diamond is the highest with the corresponding price as in the below table.

As being acknowledged, users need to assemble minuscule 3 Mechas to enjoy Mech Master game. What is more, in the future updates, there will be higher stats for guardian parts as rarity increases. When your Mecha squad contains Mythic and Legendary warriors with the most dominant statistics, you will get a higher chance of winning in battles.

It can be said that this significant sale on Binance NFT might be the only chance you get Legendary and Mythic Mechas with an exclusive deal:

– The rate of Legendary and Mythic parts increases by 50%.

– The chance of getting the strongest warrior, Aerial — the King of the Sky, is also increased by a whopping 50%.

– A zero percent chance of any common parts. 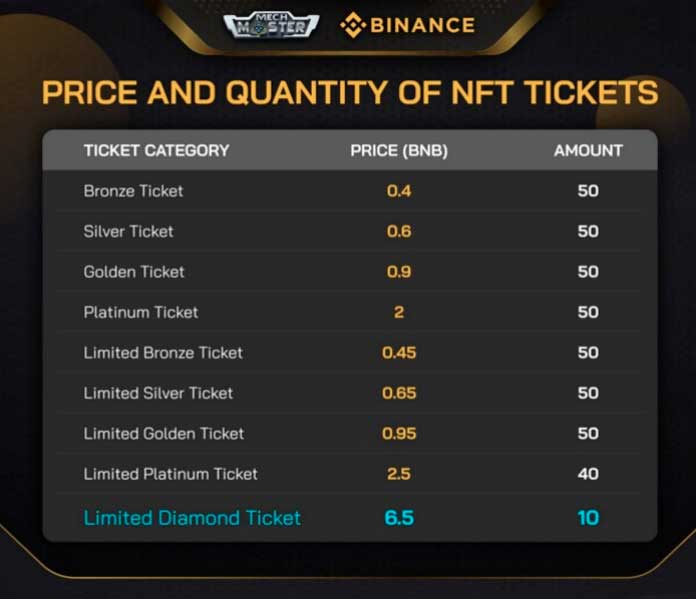 After possessing Mech Master NFT tickets, you will be able to redeem your NFTs to adopt your Mechas on Mech Master Game Market with the following advantages:

– Get high chance to open Mythic parts or Aerial race

– Rent out Mechas to other people in the Mech Master

– Stake in Mechas to get profit

– Combat and participate in many Mech Master Games with your Mecha. 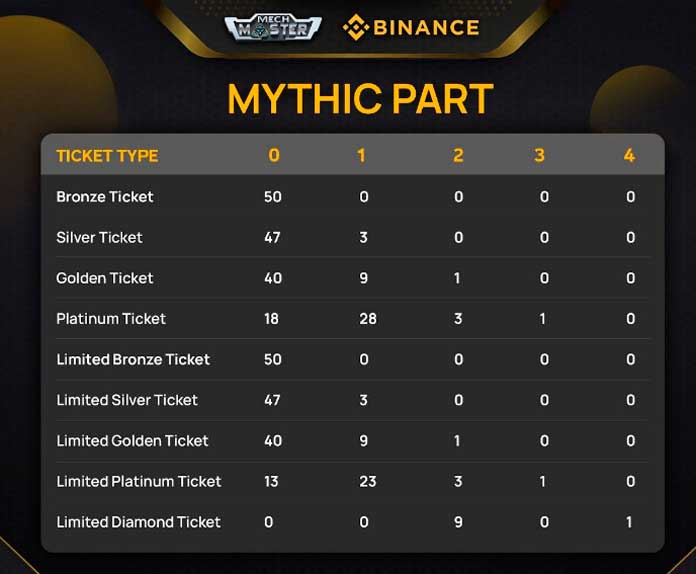