Matic Network: The project that brings scalability and instant transactions 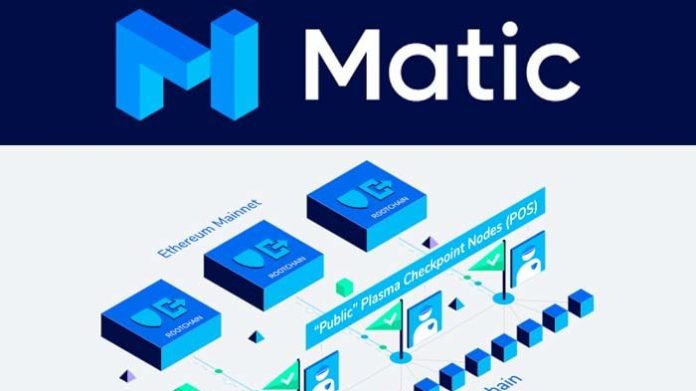 Matic Network is a project that proposes to scale the transactions of Ethereum’s main network through an independent network where multiple lateral channels can be included.

How does the Matic Network work?

Therefore and as we have explained previously, this system presents the representation of a token of a chain of origin such as Ethereum, in a chain within a more scalable network such as Matic.

The objective is to be able to perform faster and fully scalable operations, a system similar to the payment channels of the Lightning Network but without the need to have an open channel, with the limitations that this offers in relation to the total volume of operations by the BTC blocked in said channel.

Matic Network proposes a dual consensus of Test of stake (Pos) in a layer of control and Delegates in the layer of production of block, with the aim of providing a high grade of decentralization without compromising the security, all this combined with the solvency that provides the Ethereum network as a validator of the ownership of a particular asset.

Each certain block will create a control point, this being the basis of the POS mechanism, these control blocks will be transmitted to the stakers so that after their verification they are signed. The system will need 2/3 parts approval for this “header block” to be included in the main contract of the Ethereum network.

In addition to providing the control points, these blocks contain the burn test (removal) in the event that the tokens from the Matic network are removed from the Ethereum source network.

The control layer of the Matic Network supports an unlimited number of side chains, these chains will be interoperable with each other providing greater scalability of the Matic network and security equally in all of them.

Matic Network will start using the ethereum network as a base, however they propose to add other blockchain platforms with the aim of making a scalable and global network creating a universal platform different blockchains to each other and operate among them.

The Matic team will focus on improving the user experience by providing a simple and easy to scale ecosystem, through the DApps users can interact without having technical knowledge.

The idea of ​​the Matic team is to migrate DApps created in the chain of origin Ethereum to the Matic Network, with the aim that these applications can continue to develop in a scalable, secure and interoperable environment among different blockchains.

Programmer and Entrepreneur Blockchain, Sandeep Nailwal is another founder of the project, he has also been Co-founder and CEO of ScopeWeaver.com and Head of Technology and Supply Chain, in the Electronic Commerce Division of the Welspun Group.

You can follow and get more information about the project in their social networks: