Massive influx of users is coming to Ethereum [ETH] 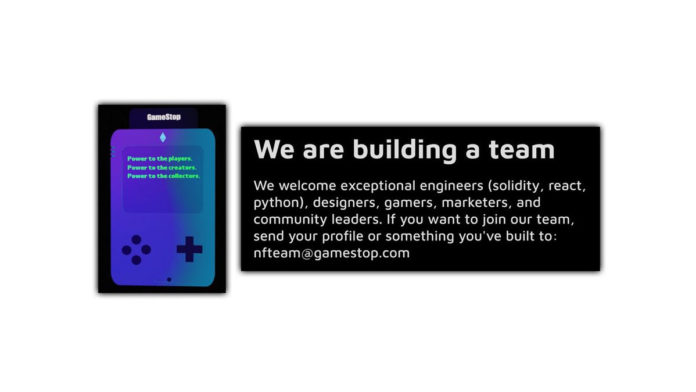 Tweets point at the broken plan of launching an NFT marketplace by GameStop but believe that maybe something bigger is coming. The thread tweet talks about a new subdomain by GameStop that can be related to the marketplace.

When big companies come to the blockchain world, it almost always results in more users coming to the platforms. They sometimes launch blockchain-based products that attract their users to spend money on the new system.

New products always need cryptocurrencies to be able to serve customers. It results in more buying of a coin that ultimately increases the price. The host blockchain benefits from these decisions, too, because it sees an influx of users that may become attracted to other products on the network as well.

GameStop is one of the biggest game companies in the world, with many products and a huge fan base. If companies like GameStop launch blockchain products, it can attract a considerable amount of users to the ecosystem.

The new prediction by “croissant” on Twitter suggests that GameStop may be working on a previously canceled NFT marketplace. The news about this marketplace was published back in July, but there were no actual products since then.

According to the tweets, the company has created a subdomain for NFTs and may be working on the project again. This project can be connected to the newly joined manager, Ryan Cohen, and big investments that increased GameStop’s value to $1.3B. The long threaded tweet by “croissant” details the plans.

A massive surge of users are about to come to $ETH.

The news of GameStop launching an NFT platform broke back in July, but after digging a little deeper I’ve connected the dots to something even bigger

I’ll detail this information in the thread below… 🥐

Part of it says:

“Integrating NFTs with GameStop would provide for an extremely useful application with unique benefits. It signifies the companies’ deep dive into the blockchain & their effort to go digital. NFTs are the perfect step, and $GME may onboard millions of users to the network this way.”

Although there is no actual announcement by GameStop about the NFT marketplace, the signs show that this company is considering this product seriously. The subdomain nft.gamestop.com says that they’re building a team. It surely will be an NFT-focused team.

Besides, recent hires by this company are mostly focused on blockchain technology. If GameStop continues the project and launches an NFT marketplace on the Ethereum blockchain, we can see an influx of users to this platform.

But it may change the plans, and their engineers may suggest other blockchains as well. In this scenario, the destination blockchain may receive huge attention from the market.