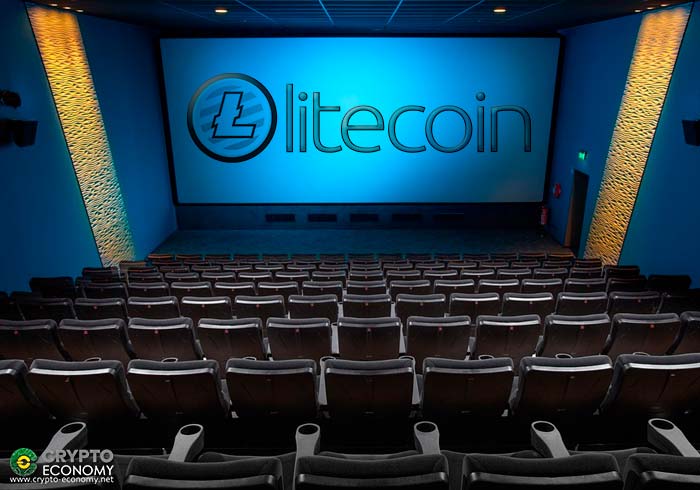 Straight off the Ultimate Fighting Champion (UFC) arena where it got to debut its latest logo design, Litecoin is set to make a special appearance in Hollywood this week. Over the past few weeks, Litecoin didn’t just get to sponsor a UFC match and earn the space to showcase its logo on the canvas, it also got to sponsor a boxing champion.

The UFC match got millions of viewers across the world and that is positive PR for the cryptocurrency project. And now, Litecoin is set to sponsor the 2nd annual Mammoth Film Festival™ which is happening at Mammoth Lakes in California. The event is scheduled to happen as from February 7th through to February 11th, 2019.

Announcing the event, the Litecoin Foundation said that winners at the festival will not only get trophies but also prize money in terms of Litecoin cryptocurrency and crypto branded clothe ware from the crypto-focused clothing line Crypto Whale Clothing.

The aim of sponsoring the event is not just to get the Litecoin brand out there but to have the participants in the film festival engage with some of Litecoin’s members and learn something about blockchain technology.

Litecoin is sending out a team from the Foundation to represent the project with the mandate to not just network with the attendees but also to educate the less knowledgeable in the crowd about the power of Litecoin and cryptocurrencies in general.

Charlie Lee, Creator of Litecoin and Managing Director of the Litecoin Foundation said that “When we spoke to the festival’s founders, they immediately expressed the growing enthusiasm and support for Litecoin we’re seeing amongst the filmmaking community.”

The Litecoin Foundation has a mission to promote the Litecoin project and by extension crypto to the film industry. According to Charlie, considering their goals,

“it makes sense to partner with a festival that is comprised of people who bring new ideas and visions to the world through the content they create, and one we can grow with through the years.”

As a player in an extremely traditional industry with an age-old tradition, the Mammoth Film Festival is faced with the decision to fit in with the conventional ideas of other fore-comers or differentiate and inculcate novel ideas such as those that Litecoin promises to introduce and stand out from the crowd.

The Mammoth Film Festival debuted in 2017 and this year’s event will be its second event. In its debut year, the event was deemed “the biggest first-year film festival ever organized.”

“As we establish ourselves as a new festival in an already dense market, it makes a great deal of sense for us to throw the old pattern away. We feel it’s important to look forward in an ever-changing landscape of not just film and television, but in the worlds of tech, virtual reality, social media, and currency. The Litecoin Foundation is an organization that fits right in with all those ideas,” said Tanner Beard, the President of Mammoth Film Festival.