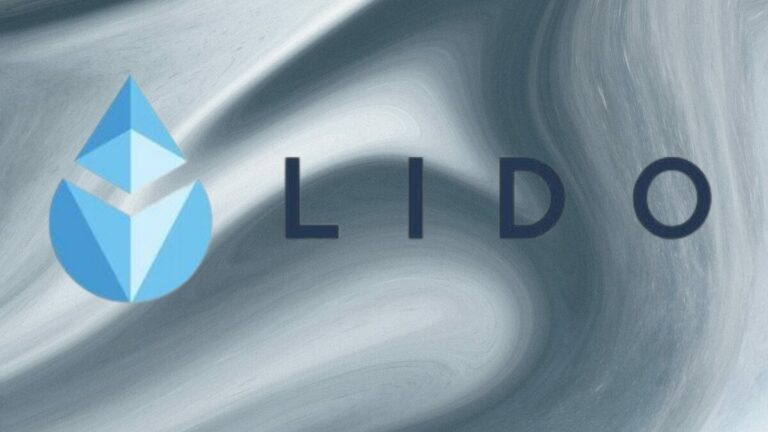 Lido DAO, a Decentralized Autonomous Organization, aims to provide trustless liquid staking services enabling safety and stability. In just over 2 years, Lido Finance has emerged as the market leader for Ethereum liquid staking, with the highest total value locked (TVL) in DeFi. Let us dive deeper to understand the rapid growth of Lido DAO and how it will benefit users.

One of the main challenges of staking on Proof of Stake (PoS) blockchains is the liquidity of the staked assets are locked, denying users access them until the lock-up period is over. In this process, the users are barred from the opportunity to earn additional yields from other decentralized finance (DeFi) protocols on the market. The complex validator set-up and high barriers to entry also pose a barrier to the general retail users looking to participate in PoS staking. Furthermore, ETH holders have been hesitant to stake their coins, due to an incentive gap.

In order to address these issues, Lido DAO was formed to make liquid staking entirely trustless with no centralized entity involved with depositing, staking or withdrawing digital assets on the protocol. Liquid staking allows users to stake their crypto to receive interest at a low-risk level while maintaining their funds’ liquidity for maximum capital efficiency.

Lido DAO was launched in 2020 as a staking solution for ETH 2.0 by Konstantin Lamashuk, Vasiliy Shapovalov and Gordon Fish. The LDO token, governance token of Lido DAO, was introduced in January 2020, after the Ethereum beacon chain was launched.  From its launch to the present day, Lido provides an opportunity to stake ETH tokens on the Ethereum Beacon Chain and receive a representative stETH token, which can be sold, and used in various DeFi protocols to obtain an additional yield and so on.

A distinctive feature is that the protocol does not impose any limits on the staking account. That is, users can stake any amount. In 2022, the protocol expanded its range of services and now offers liquid staking for Kusama, Polygon, Polkadot, and Solana.

Users can stake their coins including ETH, SOL, KSM, MATIC, and DOT and receive liquid tokens stETH, stSOL, stKSM, stMATIC, stDOT pegged 1:1 to the initial stake. However, the staking reward varies depending on the coin. Interestingly, stakers can receive both staking rewards and any rewards received for using their crypto in DeFi applications.

As a result, users receive passive income via traditional ETH staking and can use stETH to transfer it to DeFi protocols and use the opportunities offered to maximize their potential rewards. In 2021, the price of Lido (LDO) skyrocketed, rallying nearly 500% prior to the Merge implementation.

Lido now has the highest TVL of any DeFi protocol. pic.twitter.com/2xsM3lVGVl

On January 2, DeFiLlama revealed in a new report that, Lido’s liquid staking protocol has accumulated around $5.9 billion in TVL clinching the top position among other DeFi protocols. According to Lido Finance’s website, as of today, Lido has $5.8 billion Ether staked, while, there was around $23.2 million staked in Solana, $43.9 million in Polygon, $11 million in Polkadot and $2.2 million in Kusama.

According to Delphi Digital, the Ethereum staking rate saw a 10% increase on November 14, which shows a solid correlation between the two projects. Since Lido has the largest exposure to Ethereum staking on the market, the growing number of stakers on the network benefits Lido DAO, LDO and ETH. In November, more than 100 ETH whales have invested heavily in LDO who also hold stETH in their portfolio.

One of the key reasons Lido is the market leader for ETH liquid staking is because of its decentralized nature that governs the protocol. According to the developers, DAO is the most suitable governance model for Lido. Users do not have to trust a single centralized center, which significantly reduces the users’ risks.

DAO uses the treasury to cover the costs of modernization and development of the protocol. The treasury is formed by the service fees charged for user operations. The protocol also provides cold hardware wallets, which store keys offline and are a harder target for hackers.

In addition, as per DefiLama, Lido protocol has earned $1 million or more in fees daily since October 26. In addition, the numbers of LDO holder addresses increased significantly last month.

Lido fees and revenue over time. Lido has collected over $1M in fees every day since October 26th pic.twitter.com/GHkzSzYIOo

In October, Lido was launched on L2 enabling users to benefit for lower gas fees and other DeFi features. It launched its DeFi services on the Optimism and Arbitrum networks to improve accessibility and reduce gas fees. In November 2022,  Lido joined forces with DEX KyberSwap to enhance wstETH liquidity on Ethereum. Moreover, Lido DAO has committed $450-550k monthly in liquidity to support the growth of the Solana DeFi ecosystem.

On December 23, Lido announced the launch of an initial pilot integration with Obol Network, a Distributed Validator Technology (DVT) provider. After FTX implosion, Unique depositors into the Lido protocol have reached 150,000, signalling that Lido is continuing to attract new users. Additionally, daily active users and Lido (LDO) token holders are also increasing on Lido. According to data from Token Terminal, daily active users hit a 90-day high of 837 on November 17.