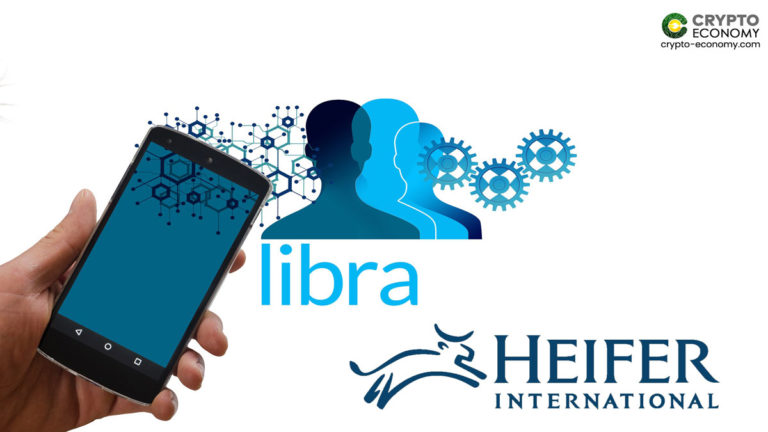 Switzerland-based Libra Association has welcomed a new member to its fold, according to news shared by the association on Monday. Heifer International is a non-profit organization that aims at eradicating world hunger and elevate poverty in emerging markets. It now becomes the 23rd member of the embattled association led by social-media giant Facebook.

According to a blog post penned by Heifer CEO Pierre Ferrari on Monday, the two organizations – Libra and Heifer – do share a common interest. Libra Association is attempting to spearhead the launch of a global financial system that promises to bring financial inclusion to the masses but most especially to the poorest people of the world.

This is in line with Heifer International’s mission of eradicating global hunger and poverty through helping the world’s poorest farmers in increasing production and accessing new markets. The non-profit understands that this is almost impossible if the farmers face the largest challenge of access to credit. Libra Association seeks to solve this problem among others by “developing a blockchain-based payment system that will support financial inclusion, competition, and responsible financial services innovation.”

“Farmers who use local money lenders face high-interest rates & loans that can be impossible to pay off, preventing them from building sustainable livelihoods.”

The organization bases its activities on data shared by the United Nations.

“We believe the Libra project has the potential to deliver a lower-cost, more accessible and more connected global financial system,” Ferrari noted in the blog post. “One that will enable people that currently do not have access to the financial system to be connected to a more reliable and cost-effective platform.”

Libra Association was initially comprised of a host of companies including Visa, MasterCard, PayPal, eBay, and Stripe. Following the backlash by regulators across the globe, some of which went as far as threatening some of the members, the association membership count fell by a quarter before the launch of the association charter.

Heifer International now becomes the first origination to join the association following a recent revamp of the Libra whitepaper to address some issues previously raised by regulators and lawmakers. The biggest change to the whitepaper was the idea that Libra was not going to be backed in reserves by fiat currencies but instead, the association would launch multiple stablecoins based on individual fiat currencies starting with the US Dollar, Euro, British Pound, and the Singapore Dollar.

The Libra coin would, however, still be backed by a slew of the individual stablecoins which are also backed by fiat currencies. It remains to be seen whether or not this will satisfy the critics as Crypto-Economy reported last week.