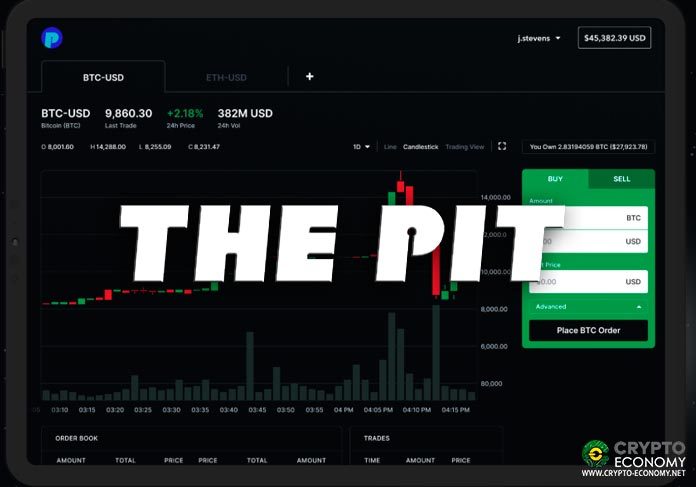 Leading cryptocurrency wallet provider Blockchain.com has launched a cryptocurrency exchange that promises to deliver speed and efficiency to the market.

Dubbed The PIT, the exchange is already accepting registrations as it seeks to expand its markets support over the next two weeks to accommodate at least 26 digital assets.

Launched back in 2011, Blockchain.com started out as a blockchain explorer allowing its users to scan and browse the Bitcoin blockchain. It soon added support of other blockchains before branching out and launching its now popular digital wallet that it claims accounts for more than 25% of daily Bitcoin transactions.

The company also claims its users have created more than 40 million wallets through its interface.

According to Peter Smith who is Blockchain’s CEO, the new exchange is designed to deliver exceptional speeds in transactions confirmation to the tune of microseconds – 40 to 50 microseconds to be exact.

Smith compares the new matching engine to the market leaders and says it delivers “order of magnitude faster than other market players” which in this case includes industry stalwarts Coinbase, Binance and Bitstamp. EU-based Bitstamp, in particular, has recently shifted its focus to speed and execution of transactions. It partnered with tech provider Cinnober to increase its order matching speed by 1,200 times.

Blockchain hopes to provide a complete user experience on its platform starting with the explorer, then the wallet and now the exchange. On top of that, the fast speed of the exchange is designed to aid traders to get in and out of trades at lightning speeds to either avoid or take advantage of the harsh market volatility that defines the cryptocurrency market.

Speaking during an interview with CNBC, Nicole Sherrod, a former Wall Street stockbroker working with TD Ameritrade and now the head of trading products at Blockchain said that:

“There’s a huge audience of people who have not yet placed their first bitcoin trade,”

As blockchain technology becomes more popular, cryptocurrency exchanges are poised to become more important and that’s the bet that Blockchain is willing to take. Sherrod specifically emphasized on the speed of transactions on The PIT saying:

“In volatile markets, in particular, speed is of utmost importance… I would not feel comfortable delivering a platform to retail investors that puts them in a position where they couldn’t get in and out of a trade with lightning-fast speed.”