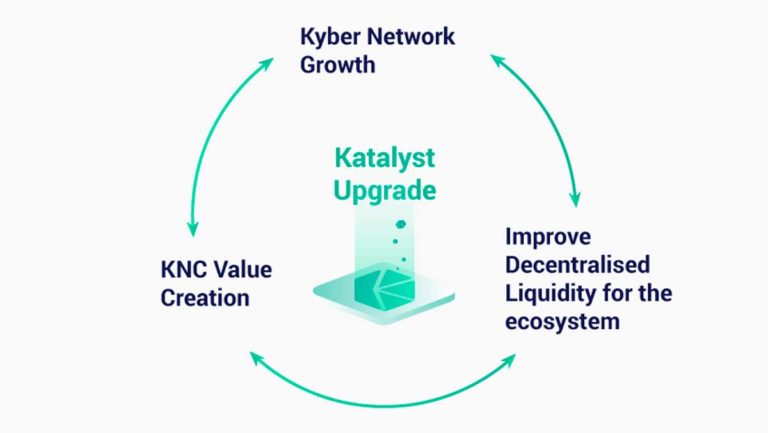 According to the announcement, the Katalyst update has brought changes to the Kyber Network Crystal (KNC), the native ERC-20 token, model to attract more participants to the development of the protocol, and the launch of KyberDAO, a community platform to facilitate the decentralized governance of the protocol. Once launched, more than 72,000 KNC holders will be able to participate in governance by voting on new proposals and other protocol parameters.

“Once Katalyst is launched, KNC holders can stake their tokens on the KyberDAO and govern the protocol by voting on important proposals and parameters while earning rewards (in ETH) for their efforts. Any KNC holder can contribute to Kyber’s development by participating in the KyberDAO.”

There is no minimum and maximum limit to stake KNC to participate in the governance and earn ETH. KyberDAO will be hosted on Kyber.org that can be accessed with any WEB 3 browser like Opera, Brave, etc.

The company recommends Metamask, Ledger, Trezor, WalletConnect, and WalletLink Etherem wallets to connect with Kyber.org. There is also no need for running nodes and users can withdraw their staked KNC at any time.

KyberDAO will go live starting at Epoch 0. Any user who stakes KNC in Epoch n will be able to vote in Epoch n+1. Kyber further noted that Epoch 0 will only last for 1 week, but from Epoch 1 onwards, each Epoch lasts 2 weeks.

Furthermore, users can also run a KyberDAO Pool through which they can run a staking pool and vote on behalf of KNC holders, and charge a fee for their efforts.

The Katalyst update also allows DApp developers to integrate with the Kyber network by adding a custom spread. The update will bring many new improments to reduce friction in liquidity contributions by introducing rebates for high-performing reserves.