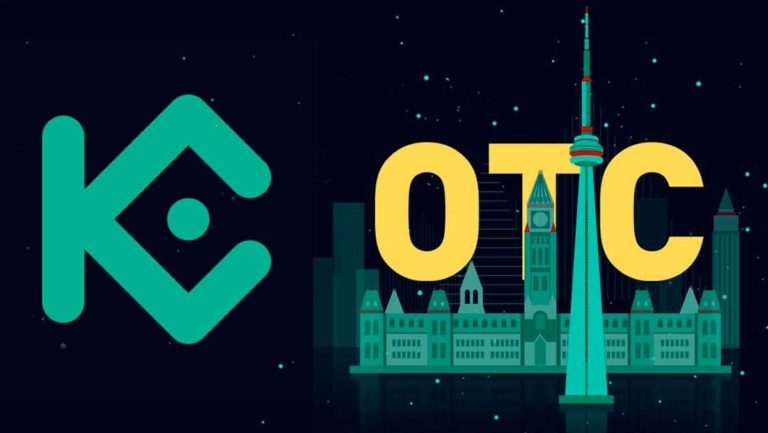 KuCoin, blockchain asset exchange based in Singapore, has announced that its Over-The-Counter (OTC) trading desk is now supporting Canadian Dollar. KuCoin  users can use Canadian dollars to purchase cryptocurrencies such as BTC, USDT, and CADH.

KuCoin made the announcement in blog post published on Monday, May 25th. According to KuCoin, “CAD is another mainstream currency that is supported by KuCoin OTC trading desk after the opening of Chinese Yuan (CNY), Indonesian Rupiah (IDR) and Vietnamese Dong (VND).”

According to KuCoin, Canada is going to become another blockchain and cryptocurrency centre after Eastern Europe and China. Low cost energy, high-speed internet, and sound regulatory system are the factors helping cryptocurrency and Blockchain industry to deepen its roots in Canadian culture.

To celebrate KuCoin’s opening of the Canada OTC Market, KuCoin has also announced a prize campaign from May 26, 2020 to May 30, 2020. Users who retweet or share the campaign post made by the KuCoin Official Twitter account or Facebook page with the hashtag #KuCoinCanada will have the opportunity to divide up the prize pool of more than 10K USDT. Each day during the campaign, 20 lucky winners will receive 3 USDT.

Another campaign, called flash deposit in KuCoin, is for users who deposit more than 1200 USD any day during the activity period. The users will be ranked accordingly to the daily OTC transaction order completion time. On daily basis, the 200 fastest qualified users will receive 10 and 5 USDT for making deposits though Canadian OTC and other OTC respectively. When the Campaign ends, top 5 will receive extra bonus ranging from 100 USD to 500 USD.

“As the most global crypto trading platform, KuCoin is committed to promoting blockchain technology and cryptocurrency popularization and application, and continued access to more fiat currencies will advance this. The KuCoin OTC platform currently promotes three fiat currencies, and we also use partners like Simplex and Banxa to support over 20 fiat currencies, like USD, EUR, and AUD. Now that the OTC platform includes the Canadian dollar, we will continue to globalize this process, and allow users all around the world to easily use KuCoin services, lowering barriers of entry to the crypto world.”

As reported, KuCoin has recently added a token by social VR company Sensorium, SENSO, to its platform.