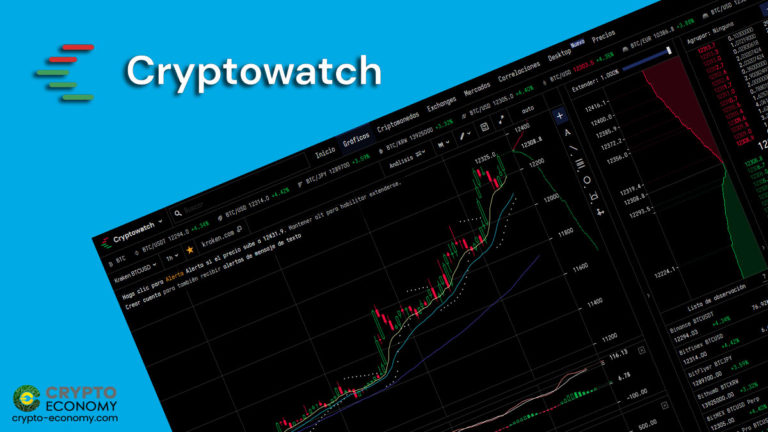 “For 6 years, people have relied on Cryptowatch as a real-time view of thousands of crypto markets. Today, we’re releasing a native desktop application which takes things to the next level, available on Windows, macOS, and Linux,” announced Cryptowatch.

Kraken acquired Cryptowatch in 2016 – two years after it was launched. The service has always been an excellent choice for traders looking for live monitoring of the cryptocurrency markets. They can monitor markets in real-time, and the customizable dashboard helps them create interfaces, including multiple data sources.

Cryptowatch published the first private beta of the desktop version last month, and now the first stable version is available for download. The native desktop version will work more stable than the web version, and indeed many users have been waiting for that.

Cryptowatch says this version is more resource-efficient, too.

“Desktop is written in Rust using Elm-inspired Rust GUI framework iced. Using Rust has allowed our team to build a cross-platform application optimized for a low CPU and memory footprint, high frame rate, and stability,” according to Cryptowatch.

Many cryptocurrency traders have praised the release of the desktop version by Cryptowatch. The new application can help them attract more amateur and professional traders.

Although web applications have seen a significant rise in demand, native desktop applications are still the most popular choices among power users.

“The Desktop project aims to provide traders with next-level speed, customizability, and access to live data,” said Cryptowatch founder Artur Sapek. “Somehow, the world became okay with everything happening in bloated, laggy web applications. We reject this as the end-all application stack and are breaking new ground with Rust. So far the alpha has had a positive reception, and we’ve got major plans for future releases.”

Web-based tools have the common problem of slowing down when working with multiple tabs. Some professional users – like the WhaleCalls team – that have been testing the desktop Cryptowatch application have admitted the better performance of that.