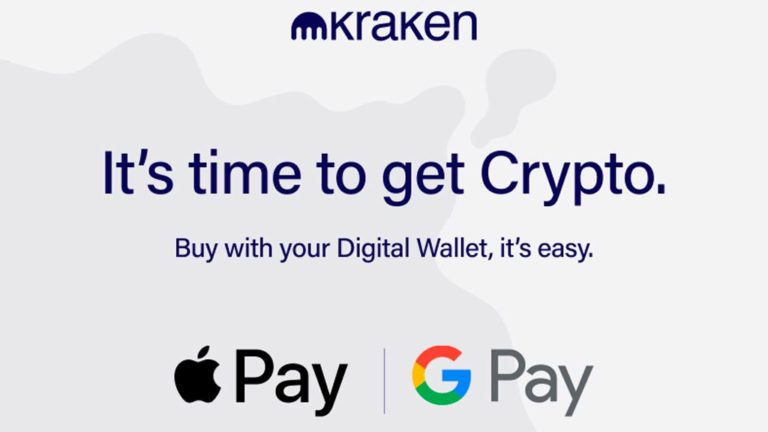 Kraken cryptocurrency exchange has taken a step further to lower the barrier to enter the crypto world by integrating Google Pay and Apple Pay into its mobile application.

San Francisco-based crypto exchange announced the move in a blog post on Tuesday, September 21. According to the blog post, the Kraken App will automatically connect itself with users existing Apple Pay or Google Pay accounts. There is no need to separately added Google Pay or Apple Pay as payment methods on the app.

Find out how to get started in our blog: https://t.co/oPfuiFpuEE pic.twitter.com/vKqabanoaN

With this integration, users can buy cryptocurrencies simply by selecting Google and Apply Pay and then make the payment. Before this integration, the Kraken App only payment through bank accounts that required users to copy and paste deposit details from their internet banking app.

Kraken mobile application was initially launched in Europe in January of this year. The was followed by the US launch in June of this year. According to details available, the Kraken App allows mobile customers to buy and sell more than 50 crypto tokens from their mobile phones with a starting investment of as little as $10.

Kraken, founded in 2011, is one of the largest and oldest crypto exchanges in the world that allows users to buy and sell crypto with the promise of low fees, versatile funding options, and rigorous security standards. According to CoinMarketCap’s ranking, Kraken is currently the 6th largest crypto exchange by trading volume in spot trading.

As Crypto Economy reported, Kaken made headlines in September 2020 when it won approval to start a financial services company in the State of Wyoming. With that, Kraken also became a financial service company somewhat similar to traditional banks called Kraken Financial, and the world’s first Special Purpose Depository Institution (SPDI) in Wyoming.

The SPDI charter allowed the exchange to provide multiple services to U.S. customers interested in cryptocurrencies that include deposit-taking, custody, and fiduciary services for digital assets.