‘Keep Your Coins’ Bill Introduced to Protect Private Use of Cryptocurrencies 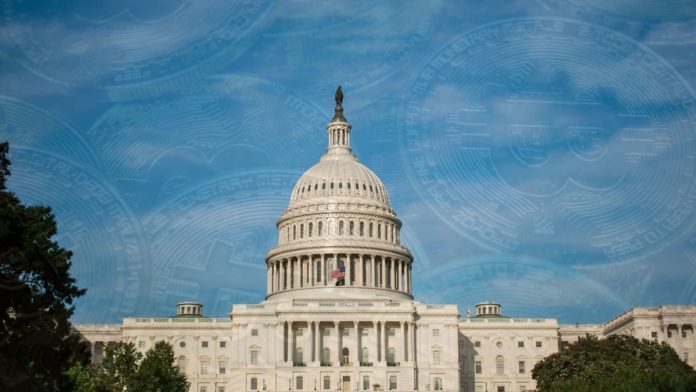 US regulators are trying to find solutions for keeping crypto users safe, and a new act has been introduced for this goal. The “Keep Your Coins Act,” introduced by Ohio district congressman Warren Davidson on Feb. 15, aims to safeguard cryptocurrency investors from overreaching legislative action.

Our office will be introducing legislation in the US House of Representatives shortly to protect Americans from this version of overt theft.

Please let your Member of Congress and Senators know… https://t.co/UbNdcj8ZZ4

“Our office will be introducing legislation in the US House of Representatives shortly to protect Americans from this version of overt theft.”

The law allows users to utilize virtual currency or its equivalent for personal reasons, such as purchasing real or virtual goods and services for personal use or conducting transactions using a self-hosted wallet.

The action follows Canada’s crackdown on crowdfunding platforms and crypto donations in an attempt to quell the country’s growing protest movement.

The measure would prohibit government entities from “restricting a person’s use of convertible virtual money to purchase goods or services for the person’s own use, and other purposes,” according to reports. It would also bar them from banning cryptocurrency users from transacting.

That framework, according to Congressman Davidson, safeguards self-custody. In response to the Canadian crackdown, he said:

“We shouldn’t use money as a way of controlling people. Of course, if there’s criminal activity, you should go after that. But imagine if the same thing were done to a crowdfunded BLM movement. That wouldn’t be okay. It’s not okay with the Freedom Convoy, either.”

Over the last few years, US lawmakers have targeted self-hosted or private crypto wallets. The Treasury Department, led by Secretary Janet Yellen, has reconsidered a contentious proposal to impose know-your-customer (KYC) requirements on self-hosted cryptocurrency wallets.

The Financial Crimes Enforcement Network, a US anti-money laundering organization, first suggested the rule in 2020. If passed, anyone wishing to transfer cryptocurrency to their own private wallets would be compelled to provide names, addresses, and other personal information to digital asset exchanges.

Although there are still a few pro-crypto lawmakers, such as Congressman Davidson, the prevailing view in the United States appears to be one of heavy-handed regulation. The proposed ‘Keep Your Coins’ Act still needs to be passed into law before it can be implemented, and it is expected to face fierce criticism from those who want to outlaw the sector entirely.

In a similar development, Congressman Josh Gotthiemer issued a discussion draft of the Stablecoin Innovation and Protection Act this week in an effort to encourage clearer laws and innovation in the financial industry.