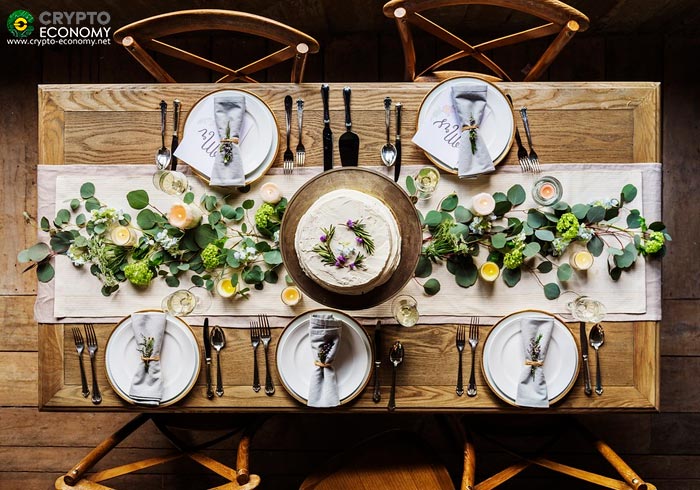 Crypto wunderkind Justin Sun, the creator of Tronix aka Tron [TRX] and CEO of file-sharing platform BitTorrent will be donating as much as $4.57 million in exchange for a lunch date with billionaire investor Warren Buffett. Sun won a charity auction run by Buffett with the aim of raising funds for the San-Francisco-based Glide Foundation which serves the poor, homeless and those battling substance abuse.

The auction was held on eBay last week starting on Monday and concluding on Friday. Sun, who has been touting a big announcement for the better part of the past week took to Twitter to reveal the news.

He wrote “I officially announce I’ve won the record-setting 20th-anniversary charity lunch hosted by @WarrenBuffett. I’ll also invite #blockchain industry leaders to meet with a titan of investment. I hope this benefits everyone.”

Glide Foundation has since confirmed the Sun win in which he bid a record-setting $4,567,888. Glide conducts the auction every year which is sponsored by Buffett. The 88-year old CEO of Berkshire Hathaway has been involved with Glide for the past 20 years following an introduction by his late wife Susan. Over the years, the Foundation has raised $34.2 million from similar auctions that are held annually.

Dubbed “The eBay Power Lunch with Warren Buffett,” the event will be held at the Smith & Wollensky steakhouse in midtown Manhattan where Sun and a maximum of seven friends will be hosted to a sumptuous dinner with the Oracle of Omaha.

“I’m looking forward to meeting a true pioneer in investing,” Sun said. “I’m excited to talk to Warren Buffett about the promise of blockchain and to get valuable tips and insights from him about entrepreneurship and making bold bets on the future.”

Buffett, who has previously derided Bitcoin and cryptocurrencies as a “delusion” and lacking any “unique value,” has since stated that he looks forward to meeting one of the biggest fans of the same technology.

He said in a statement provided by his assistant that he is “delighted with the fact that Justin has won the lunch and [he’s] looking forward to meeting him and his friends.” “We are going to have a good time and Glide will use his contribution to help many thousands of people,” he added.

Binance CEO Changpeng Zhao has confirmed on Twitter that he did receive an invite from Sun to attend the Power Lunch but has turned the offer down.

He said “[email protected] kindly invited me to go, but I can’t make it. Too far. I guess that’s like turning down $1,000,000, assuming 5 guys going, lol… But very much appreciated. I would totally recommend inviting @APompliano.” Referring to Antony Pompliano the co-founder and Partner at Morgan Creek.