Home CryptoNews Companies John McAfee Makes a Mark in the Crypto Sector by Launching His...
CryptoNewsCompaniesFeatured 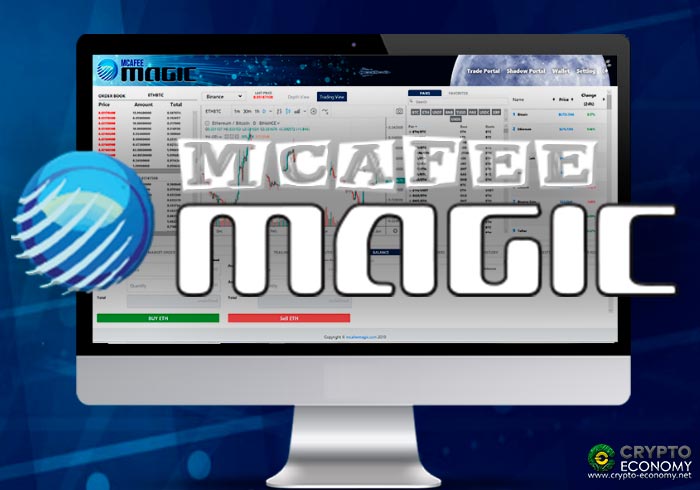 It is only after the initial trade order comes through that the funds get transferred. However, that’s not what is setting Mcafee Magic at par with other trading platforms currently in the market. At Mcafee Magic, John is giving crypto traders a platform which enables them to execute trades in multiple exchanges across the globe right at the Mcafee Magic dashboard.

In addition to that, the initial trades can be completed either manually or automatically. However, for traders to leverage Mcafee Magic platform to their advantage, they are required to plug in their APIs from their exchanges.

Apart from the above, Mcafee Magic also comes with some additional features. Instead of one portal Mcafee Magic has two with one for spot trading and the other for shadow trading. The latter mimics trades of pro traders on the platform who get the pro traders status after being ranked by the community per their success in trading. Further on, users also get to use set and forget features.

The latter features enable them to execute traders automatically but also gives them the ability to initiate sell and buy orders at the same time. While there have been talks around the McAfee Freedom Coin John’s cryptocurrency, its launch is set for a later date in autumn. However, McAfee Freedom Coin won’t be in any way associated with Mcafee Magic exchange. The latter has ARB an ERC-20 token as the exchange’s asset.