ISIS Easing in into Blockchain Based Messaging App 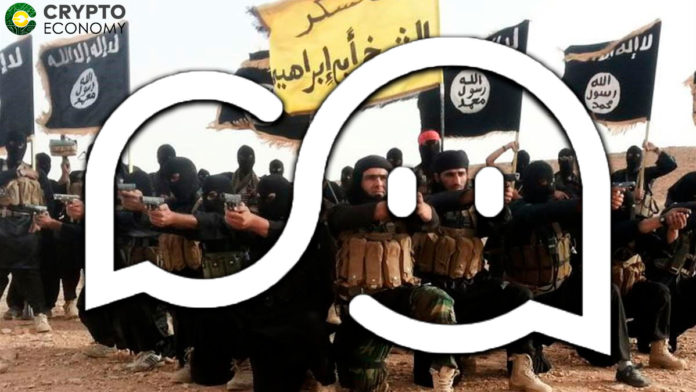 As the whole world transcends into Blockchain technology, so are terror groups. Recently, it has emerged that ISIS is also joining in the trend.

With the constant need of the group requiring a platform to air their media worldwide, remain anonymous, receiving and distribution of funds, and be able to have secure communication system necessitates them to have a communication app that can serve that same purpose.

Because Communication Matters (BCM) is the app that ISIS is now testing for the need of an efficient communication application. This move comes from the realization that Telegram is no longer offering their services.

Telegram has actively blocked more than 50 channels owned by ISIS on their platform in the past. In the recent past, international law enforcement operations ensured that all the channels and networks that had been previously formed by the group to be shut down.

BCM is among the many platforms that ISIS has tested for the same reason. Others including Tam Tam, Hoop, RocketChat and Riot have passed through ISIS testing before. BCM is however, showing the potential of being a crucial part of their operations offering all the services that are needed.

The main features of Because Communication Matters include the anonymity required by the group, encryption and large group chat sizes. According to researchers, these extremist groups have the need to air messages to large masses while ensuring their identities stay anonymous. As it is, no third party can access content in a message sent on BCM.

It is in the general public’s concern as to why BCM is allowing features that entertain the exploitation by groups such as ISIS and Al Qaeda. The company denies any claims to terrorist groups utilizing their platforms for their propaganda.

The fact that the company itself is not widely known and its basis established makes it even more questionable among people. It stands with their original statement that every feature is there for their users’ convenience.

The company insists the features of their platform is aimed at improving their users’ experience and not for the aid of any extremist groups.