HomeOpinionIs Cryptocurrency the Future of Finance? Over 50% of American Voters Say...
FeaturedOpinion 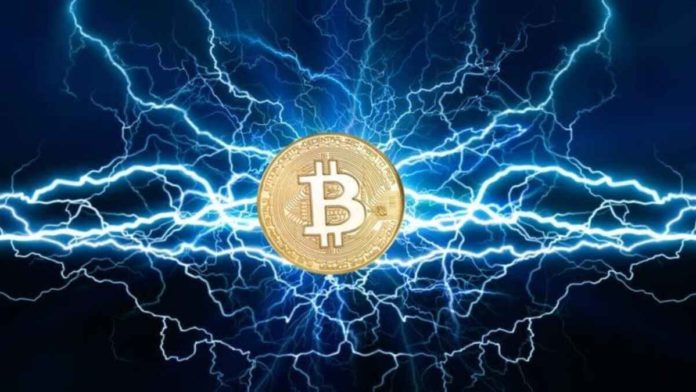 Leading digital currency asset manager, Grayscale Investments, conducted a survey that revealed 52% of American voters believe cryptocurrencies are the “future of finance.” A staggering 44% of the respondents claimed to include cryptocurrency in their investment portfolio in the near future. Is crypto in the US gearing up for a mass adoption?

The online survey was conducted in the United States between October 6-11 among 2,029 participants by The Harris Poll on behalf of Grayscale Investments. The study revealed that as the US midterm elections inch closer, cryptocurrencies have captured a pivotal role in influencing voters’ decisions. The poll was designed to examine “how Americans view the state of the economy and cryptocurrency against the backdrop of the 2022 United States election.”

Is Cryptocurrency the Future?

Out of those who identified as already holding crypto, 25% of them did so following a recommendation from a financial advisor. That was the least popular method to get involved in the asset class as 41% invested after they read, saw, or heard something that “piqued their curiosity,” while 37% said they bought their first crypto after a recommendation from a friend or family member.

Stance on Crypto Important For Election

The online poll highlighted that over a third (37%) are considering candidates’ policy positions on cryptocurrency before casting their vote. 81% of the participants agree there should be clearer cryptocurrency industry regulation, including 88% of Democrats and 77% of Republicans.

More than four in five of both Republicans (81%) and Democrats (82%) feel it is important to take a consumer-first approach to regulation. It means allowing consumers to decide how to invest in cryptocurrencies by providing necessary information about various products.

Grayscale CEO, Michael Sonnenshein, said there is an enormous co-relation between cryptocurrency, traditional finance, and the state of the economy. He reiterated as the US midterm elections approach, policymakers and regulators have an opportunity to protect investors through greater regulatory clarity and guidance. They should also allow market participants, like financial advisors, to enable access to well-informed crypto offerings.

According to crypto payment gateway, TripleA, around 46 million or 13.7% of the total population of the U.S. own cryptocurrency, with 81% of the adults in the country saying they have already heard about the digital asset class. A high percentage (59%) of digital currency owners revealed their reason for owning the asset was for payments purposes. Sonnenshein added,

“As we approach the midterm election, U.S. voters are considering the intersection of cryptocurrency, traditional finance, and the state of the economy. This survey reinforces that crypto continues to generate diverse, mainstream investor interest and engagement.”

As mainstream companies across multiple industries are taking an active interest in crypto, experts predict a mass adoption is on the way. Dave Abner, head of global development at crypto exxchange, Gemini said,

“We’ve seen a tremendous amount of inflow of attention, and that’s going to continue to drive the growth of the industry for a while now.”

Some experts predict bigger, global corporations could jumpstart this adoption even more in the latter half of this year.  Ben Weiss, CEO and cofounder of CoinFlip opined,

“What we’re looking at is institutions getting involved in crypto, whether it’s Amazon or the big banks”.

He emphasized that a huge retailer like Amazon could “create a chain reaction of others accepting it,” and would “add a lot of credibility.”

According to Deutsche Bank by 2030 digital currencies will rise to over 200 million users. In the “Imagine 2030” report, Deutsche Bank suggests that digital currency could eventually replace cash one day, as demand for anonymity and a more decentralized means of payment grows.

Matt Hougan, CIO of Bitwise Asset Management said the market is reeling under pressure at the moment. He said although the speculative assets have a challenging path forward, the number of people who own cryptocurrencies continues to be a steadily rising figure. Hougan highlighted,

“Beyond the crypto community, rates of adoption from large investment firms demonstrate that digital currencies are being embraced by Wall Street.”