Is Cryptocurrency Legal Around The World? 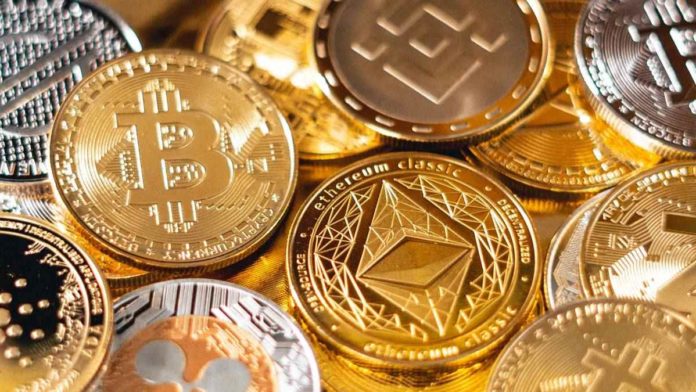 Over the past few years, cryptocurrency and digital assets have taken the world by storm. With Bitcoin and Ethereum leading the way, these innovative technologies have opened up a whole new world of possibilities for individuals and businesses alike.

In this article, we’ll take a look at the current legal landscape of cryptocurrency and digital assets around the world.

The Library of Congress has identified nine countries that have placed an absolute ban on cryptocurrency.

The places that prohibit these digital assets are:

Besides the outright ban, about 40 countries have also placed implicit restrictions on cryptocurrency.

For example, in Vietnam, Bitcoin is not recognized as a legal payment method, while many countries in the African continent such as Libya, Burundi, Tunisia, and Cameroon have not issued any regulations surrounding cryptocurrency.

In the United States, cryptocurrency is currently considered a commodity by the Commodity Futures Trading Commission. This means that it is subject to federal regulations governing commodities, but is not considered legal tender.

The Securities and Exchange Commission has also taken a cautious approach to cryptocurrency since 2017, bringing over 80 enforcement actions against ICOs that it believes to be violating securities laws.

While the regulatory environment surrounding cryptocurrency is still undergoing massive changes and is still far from clear, the overall attitude from the US government has been relatively permissive.

Businesses and individuals in the United States are still able to freely buy, sell, and use cryptocurrency without fear of reprisal from the government. This extends to other digital assets such as utility tokens and security tokens, which are also not currently regulated in the United States.

Just like in the United States, the usage of cryptocurrency is unrestricted in most countries of Europe. This applies to any transactions made by both individuals and business entities.

That said, the government has begun to take a more active role in regulating cryptocurrency. For example, the European Parliament has just introduced the Markets in Crypto-Assets (MiCA) law— which came into force last June 2022—created a unified regulatory framework for all crypto-assets in the EU.

This law pushes Europe one step closer to mass adoption of cryptocurrency and digital assets since it protects investors from fraudulent and deceptive practices, while also protecting issuers of unbacked crypto-assets.

The only country that outright bans cryptocurrency in Europe is North Macedonia, making both Ethereum and Bitcoin illegal.

The treatment of cryptocurrency in Australia and New Zealand is very similar to that of the United States and Europe. In both countries, there are fairly loose restrictions on buying, selling, or using cryptocurrency.

For NZ, the NZ Financial Markets Authority (FMA) has released guidance on ICOs and cryptocurrency assets. They stated that:

Over the years, there has also been a surge in the growth of cryptocurrency exchange and trading platforms in Australia and New Zealand, alluding to a bright future for the digital asset space in these countries.

Despite the minimal regulation in NZ and Australia, businesses operating in the cryptocurrency space would benefit from staying knowledgeable about the matter. Click here to learn more about the legal status of cryptocurrency in the New Zealand.

Asia is a geographical large continent that has many countries with contrasting views on cryptocurrency. That said, it’s also one of the dominant cryptocurrency players, with one report stating that Asian markets account for 43% of cryptocurrency transactions.

With a combined population of nearly 2 billion people, it’s a surprise that South Asian nations barely represent 43% of these Asian transactions. Nepal and Bangladesh have both banned cryptocurrency outright, while the largest country in the region, India, is looking to follow suit.

The deputy governor of India’s central bank, the Reserve Bank of India, recently stated that banning cryptocurrency is the most advisable choice in India, which will likely result in an unfavorable climate for crypto investments in the near future.

On the other hand, Japan and South Korea have both taken a more progressive stance on cryptocurrency. The Payment Services Act in Japan has classified cryptocurrency as a legal form of payment to any person or business entity. The recently-elected president of South Korea, Yoon Suk-yeol, is also in favor of cryptocurrency deregulation and crypto-friendly policies.

Southeast Asia has a booming cryptocurrency scene, with countries like Singapore and the Philippines having favorable environments for digital assets. In fact, Singapore has a higher proportion of investors than the United States in terms of crypto assets.

South America is overall a very crypto-friendly continent. In fact, it’s home to the first country in the world, El Salvador, that officially recognized Bitcoin as legal tender.

Brazil is another dominant South American player that adopted a similar attitude, with no cryptocurrency-specific rules or legislation in place to hinder its development.

Argentina has the sixth highest adoption rate for cryptocurrency of any country in the world, which has helped soften the blow of the country’s large inflation rates. Venezuela is not much different.

The only notable exception to this trend is Bolivia, which has placed a ban on cryptocurrency since 2014.

The cryptocurrency situation in Africa is unfavorable when compared to other continents. For starters, only a handful of countries have adopted clear stances on digital assets.

Kenya, Nigeria, and South Africa don’t recognize cryptocurrency as legal tender, but they haven’t placed any bans on its use either.

On the other hand, Egypt, Ghana, and Morocco have expressed negative attitudes towards cryptocurrency and discourage its use within their borders. Many developing countries in Africa have also expressed a negative attitude towards this digital asset.

Guest Author
- Advertisment -
Posting....
We use cookies to ensure that we give you the best experience on our website. If you continue to use this site we will assume that you are happy with it.OkPrivacy policy