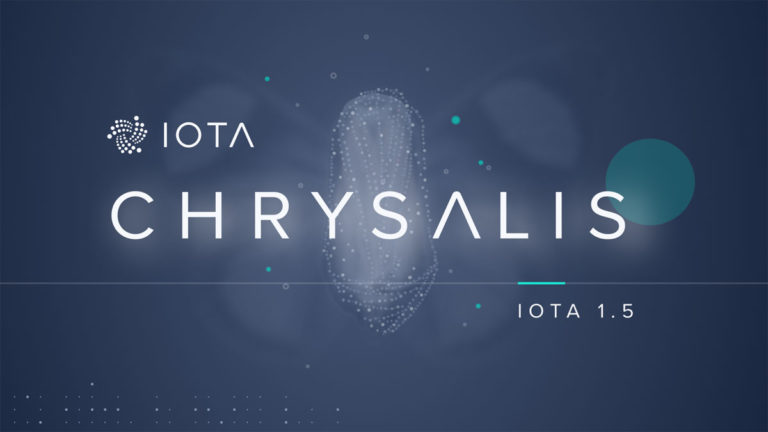 IOTA Foundation released the latest update for IOTA 1.5, dubbed ‘Chrysalis’. It’s the first phase of the IOTA 1.5 network upgrade and is now live on IOTA mainnet.

Chrysalis focuses on the performance, usability, ans reliability upgrades to the current IOTA network. All of these upgrades are defined toward the final release of IOTA 2.0. IOTA Foundation believes the future version will have all the needed features and tools for enterprises and is going to be fully decentralized.

IOTA Foundation follows the principals of modular development in making new phases of the network. As a result, some of the IOTA 2.0 components are now ready to be implemented in the current system. IOTA 1.5 will have multiple new features for developers and users, some of which are accessible through Chrysalis, now.

The development team inside IOTA Foundation has designed a two-phase process to launch IOTA 1.5. Jakub Cech, Director of Engineering, IOTA Foundation, said about the first phase:

“We are thrilled to announce the completion of our first of two phases of IOTA 1.5. The culmination of these will become the Mainnet’s intermediate stage before the removal of the Coordinator. The substantial TPS increase and speed of the network are clear indications of the progress we’ve made and will continue to make as we move towards Coordicide.”

Some of the available features in IOTA 1.5 ‘Chrysalis’ include:

IOTA Foundation claims adding the new features of IOTA 1.5 to the current IOTA mainnet will have some impacts on the usability and performance for users of the network. One of the most important benefits will be the increased TPS in the mainnet.

“The network will process over 1,000 transactions per second with our IOTA 1.5 phase one changes,” according to the press release from IOTA Foundation.

The second phase of IOTA 1.5 will be launched in Q2 2020. It will add some functionalities like UTXO, Atomic Transactions, Reusable Addresses and a transition to a binary transaction layout to the mainnet.