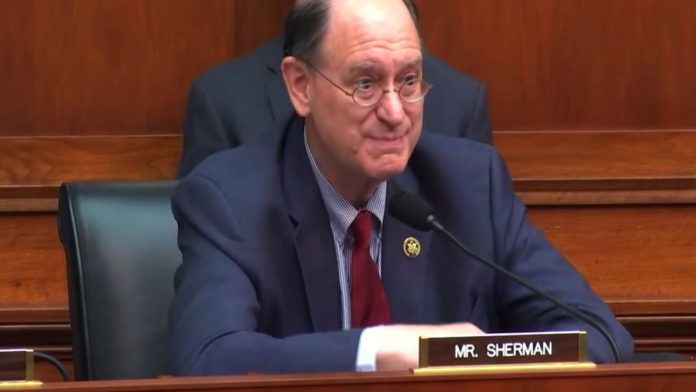 Congressman Brad Sherman hates cryptocurrencies, mainly Bitcoin, and calls them a national security threat to the United States. He was then Chairman of a House subcommittee on investor protection. However, his speculation about the crypto industry is constantly increasing. His views are quite the opposite of many other Congressmen.

A huge faction of Congress members wants more scrutiny and regulation of Bitcoin and the overall crypto industry. Thus, many state laws and federal agencies are working to build a solid regulatory framework. However, Sherman only wants to outlaw cryptocurrencies. He says that crypto is a strong player in campaign donations, so the ban is not possible soon.

Furthermore, Sherman stated, “We didn’t ban it at the beginning because we didn’t realize it was important, and we didn’t ban it now because there’s too much money and power behind it.” Sherman fears that crypto will minimize the dominance of the US Dollar globally.

According to Sherman, crypto enables human-rights abusers and criminals to move assets freely. He argues that crypto service providers, like Tornado Cash, facilitate money laundering. As a cryptocurrency mixer, these services make it nearly impossible for investigators to trace stolen funds. Tornado Cash is accused of laundering more than $7 billion.

On the contrary, many people use these platforms for legitimate reasons, like donations. Crypto supporters state that people who live in authoritarian countries use similar services to get their funds out. Also, people living in countries, like Argentina and Cuba have started using Bitcoin because of hyperinflation.

Bitcoin is presented as an alternative to hyperinflation and currency devaluation. It is also an effective alternative for unbanked communities in many countries. Nonetheless, Sherman says that he is unsure of ways to protect crypto investors. He admitted that there are not many possibilities of stopping people to spend their money in the crypto space.

At the same time, Sherman says that cryptocurrencies should be regulated through the Securities and Exchange Commission. The authority looks upon all securities, including stocks and bonds. The SEC has enough resources and expertise to enforce crypto regulation. But in contrast to Sherman’s views, Senators Debbie Stabenow and John Boozman came up with a bill to define cryptocurrencies as commodities, not securities.

Almost all of the top crypto firms agree that cryptocurrencies should be regulated. But there is no clear direction or agreement on the way of regulation. It is evident that Sherman would not be able to ban crypto. Yet, his efforts to regulate the sector will maintain their relevance.