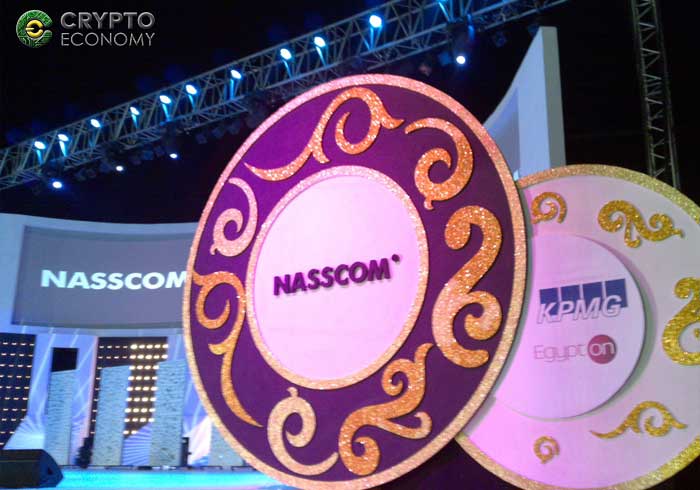 The head of the Indian agency in charge of IT has recently said that cryptocurrencies are illegal in the country. This is sequel to the arrest of an operator of a crypto exchange in the country for trying to set up cryptocurrency automated teller machines.

Debjani Ghosh the president of National Association of Software and Services Companies (NASSCOM) in an interview said that as long as the government position of digital currencies remain that of objection, the association had no choice than to support the position of the government.

“It is the law of the land and hence, we have to work with it. If we do not agree, we have to go back to the government and speak about why cryptocurrencies aren’t correct [legal]” she said.

NASSCOM whose purview among other things including guiding and guarding technological startups in the country as well as protecting them from extreme regulatory restrictions seems at loss on how to approach the recent restrictions on the nascent crypto industry.

The association encourages the community and other aggrieved entities in the Indian cryptosphere to take up their grievances with the government through the approved channels.

It is not as if Bitcoin and other digital currencies have been banned in the country. There rather has been debate on its legality as an exchange tool. The Indian central bank, Reserve Bank of India recently placed a restriction on bank accounts of crypto exchanges bring more pressure to bear on the industry.

Barring banks from providing services to crypto exchanges has led to petitions to the Supreme Court. This has not ameliorated the impasse and challenges posed to the industry.

Apparently in a bid to give crypto enthusiasts an alternative channel to use digital currencies, the co-founder of Unocoin, an exchange in India tried to introduce crypto ATMs but the move backfired as he was arrested.

Gosh who said that NASSCOM is not aware of the details of what transpired between the exchange chief and the authorities said, “The genesis of this problem, however, lies in the failure of policy making not keeping pace with rapid technological changes.”

Gosh is not alone in her views on the genesis of the problem of Indian crypto exchanges with regulators. It is common knowledge that the pace of development initiated by the distributed ledger technology is a bit of a challenge for many agencies to keep up.

There have been instances in which these regulators could not comprehend some of the basics of blockchain and yet have moved in support of censorship, restrictions or bans.

The NASSCOM president said that the association will look into this through a synergizing mechanism between policy makers and technological innovators in the country.

Alfonso Martínez
Cryptocurrency enthusiast since 2015, a lover of blockchain technology and everything around her. He joined the Crypto Economy team in 2018 as a content editor specializing in SEO. He is also responsible for the Social Networks of the platform.
Featured

0
As we did last year, in this article we want to share a list of the best cryptocurrencies to invest in 2019, which in...
Read more
Tutorials

Cripto InterCambio, The Chilean cryptocurrency exchange that does not need registration How does it work?

0
Cripto InterCambio is an Exchange of Cryptocurrencies based on Chile that wants to offer access to the Latin American community to the cryptocurrency sector,...
Read more
CryptoNews

0
As a veteran company that has been present in the mining sector for some time, BitHarp had enough time to learn from the industry....
Read more
CryptoNews

0
According to a news article by Bloomberg, a cryptocurrency broker firm, Tagomi claimed that it has solved one of the biggest challenges for traders...
Read more
Bitcoin News

0
About 94,506 BTC coins moved on the morning of September 6th from multiple Bitcoin addresses to a single wallet have become the subject of...
Read more
CryptoCurrency News

There Will be no Exception in Securities Law for Cryptocurrencies, Says SEC Chairman Jay Clayton

0
An interview with Jay Clayton was published on August 27, 2019, on Bloomberg. Jay Clayton has no soft corner for cryptocurrency at all. In an interview...
Read more
- Advertisment -
Posting....