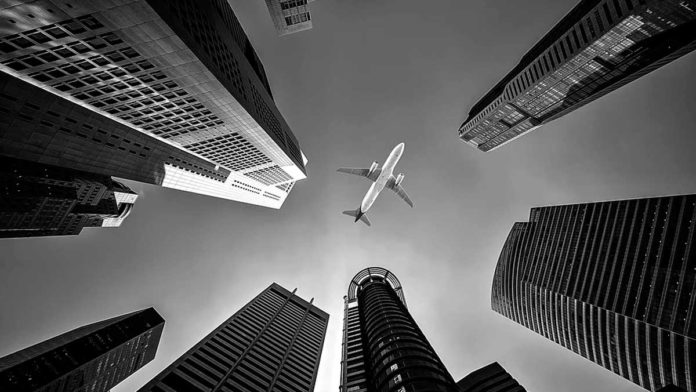 The International Chamber of Commerce (ICC) has partnered up with blockchain infrastructure network Perlin and Singapore-based commodities exchange AirCarbon in a bid to support AirCarbon’s carbon credits initiative called CORSIA.

CORSIA, which stands for Carbon Offset and Reduction Scheme for International Aviation, is an initiative that was birthed in Montreal back in 2016 when 191 countries signed an agreement to fight against carbon emissions from aircraft. The CORSIA initiative employs AirCarbon solution to enable companies to trade carbon credits for their emissions.

Announcing the partnership in a press release published on Tuesday, December 10th, ICC revealed that the cooperation materialized on the sidelines of the ongoing United Nations Conference on Climate Change (COP 25) in Madrid.

“Leveraging ICC’s extensive global network and Perlin’s domain expertise in distributed technology for enterprise, the partnership will seek to facilitate global adoption of the AirCarbon Exchange which is the world’s first blockchain-based distribution and trading network for CORSIA compliant carbon credits,” the release reads in part.

The CORSIA program is set to roll out in 2021 and so far 80 of the 191 member countries who currently account for 77% of all air traffic have “voluntarily agreed to commit to more fuel-efficient aircraft, new direct flight paths, the use of biofuels, and other sustainability measures,” according to ICC.

The aircraft industry is believed to be responsible for at least 2.5% of the global carbon dioxide emissions, and that number is set to grow in the future. The CORSIA initiative is aimed at curbing this growth in an effort to contribute to fighting global warming.

“With demand for air travel continuing to rise, airlines will need short-term ways to offset emissions as they pursue longer-term goals for carbon reduction,” John W.H.

Denton AO, the ICC Secretary-General said in a statement. “Through this exciting collaboration with AirCarbon, we will accelerate a market-based innovation to support a more sustainable aviation industry and contribute to clearer skies in the years to come.”

Perlin CEO was particularly enthused about the prospect of showcasing the potential of blockchain in helping solve a problem as large as carbon emissions. In a statement, he commented that “This new partnership will showcase how blockchain can be used in the real-world to support more inclusive, efficient and sustainable marketplaces.”