Home Huobi Global Expands Its Operation To Argentina With a Peso to Crypto...
Array 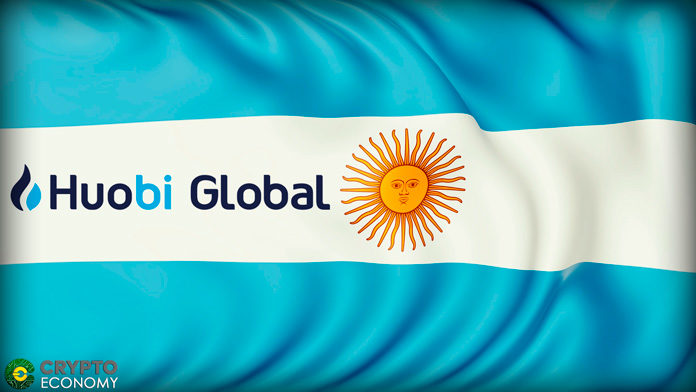 According to a blog post by Huobi Global, Singapore-based company is expanding its operation to Argentina by launching Huobi Argentina, backed by Huobi Cloud, with a fiat gateway to trade or convert the Argentine peso to cryptocurrency.

Carlos Banfi, the CEO of Huobi Argentina, talking about this new launch by the company said:

Argentina is South America’s most promising market for blockchain development. There already exists a general consensus to break from reliance on the local currency and banks, and with Huobi’s entrance into the market, it is a great opportunity to move the needle on blockchain and crypto adoption in Argentina. The move would likely contribute to boosting the local sentiment and attracting global investment.

This is Huobi Global’s first entrance to Argentina that will help Huobi Argentina to build a local team and a fiat gateway to purchase cryptocurrency with Argentine Peso through Huobi’s over-the-counter service which is expected to be launched in mid-October.

According to the company, users will be able to purchase cryptocurrencies easily by using a credit card, wire transfer and any other local digital payment providers such as Mercadopago.

Constant devaluation of the national currency, lack of public trust in banks, and interest of Argentinian government to adopt blockchain technologies are the contributing factors towards the increasing popularity of cryptocurrencies in the region as David Chen, senior business director at Huobi Cloud, said:

The increasing demand for crypto-related products and services makes Argentina a perfect entry point for Huobi to pursue larger projects in promoting cryptocurrency and blockchain to the market. With the launch of Huobi Argentina, we will be able to first offer the local user the opportunity to trade with Huobi’s proven security, liquidity, and stability.

In March 2019, Leon Li, the CEO of Huobi Group, held a meeting with Argentinian financial officials to discuss the role blockchain could play in Argentina’s economic development. This meeting then probably encouraged the company to expand its services to Argentina.

According to a report by Statista, Argentina is at number four with respect to cryptocurrency adoption with a figure of 16% compared to all other countries in the world. 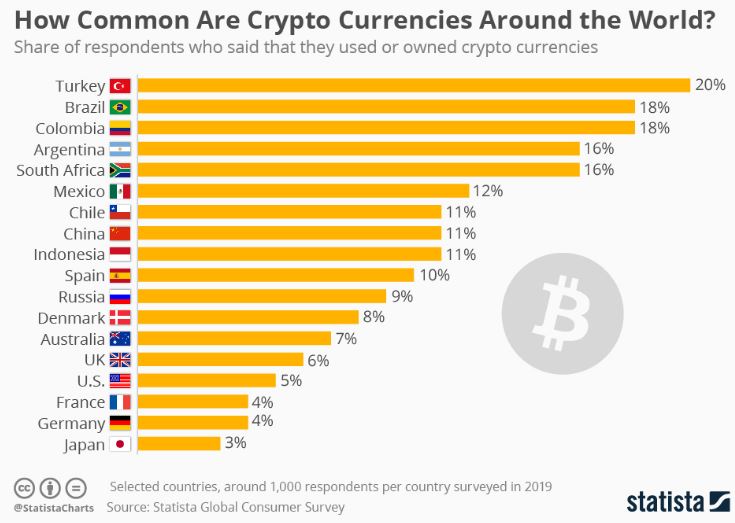 The world region where most cryptocurrency users were located was Latin America, according to the survey. Brazil, Colombia, Argentina, Mexico, and Chile all scored in the double digits when it comes to the adoption of cryptocurrency.