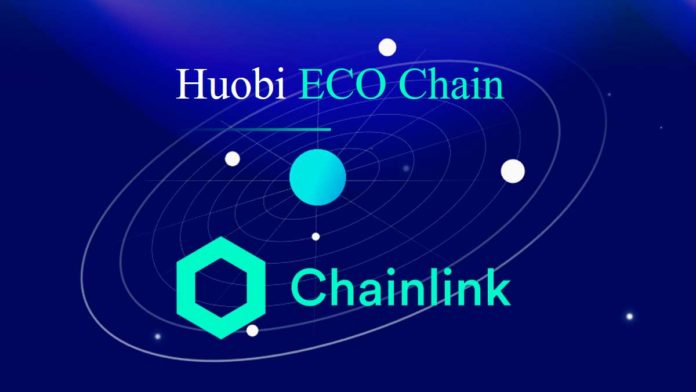 Huobi ECO-Chain (Heco), a decentralized, high-efficiency, and energy-saving public chain launched on the Huobi Open Platform will soon integrate Chainlink as its recommended oracle solution for developers to launch DeFi applications on its blockchain.

Huobi Group announced the news in a press release on Monday, January 4. According to the company, this integration will give developers “built-in access to the most secure, reliable, and trusted oracle network in the market directly on Heco without cross-dependencies on other blockchains.”

According to the Twitter account of Heco, the mainnet was launched on December 21, 2020. According to its website, the Heco blockchain offers multi-dimensional sharding, multiple virtual machine support, cross-chain interoperability, higher transaction performance and low fees, and a variety of zero-knowledge proofs and privacy protection capabilities.

Heco supports a wide variety of crypto assets and provides developers with an efficient and low-cost on-chain environment for running decentralized smart contract applications (DApps) involving those assets. To develop these DeFi applications, a blockchain must have access to information from the outside world.

Heco has chosen Chainlink for these purposes. According to Huobi Group, as DeFi is the fastest growing market for smart contract applications, they see an immediate need to bring battle-tested Chainlink price feeds onto Heco.

“The initial integration will focus on making the widely used Chainlink Price Feeds available to the many DeFi applications planned to launch on Heco, giving developers easy access to the largest collection on live decentralized price oracles in the market, including prices for cryptocurrencies, commodities, FX rates, precious metals, indices, and more.”

In the future, Heco will also bring support for other Chainlink services like Verifiable Randomness Function (VRF) that will make Heco capable of supporting gaming applications and launching dynamic NFTs.

“We’re excited to expand the amount of value that can be created within the Huobi ecosystem by providing Heco developers with built-in access to Chainlink’s decentralized oracle network. By offering applications a secure and reliable connection to the real world, a plethora of advanced data-driven use cases can take root on Heco in the fields of DeFi, insurance, gaming, supply chain, and more. Heco will facilitate the integration of on-chain and off-chain worlds together with Chainlink.”

With the rise of the DeFi and crypto industry, the demand for Chainlink products is also rising exponentially. At present, leading DeFi platforms like Aave, Synthetix, and Yearn are powered by Chainlink oracle.

0
Chainlink wasn't spared the brunt of sellers reading from how the coin performed in the daily chart. At press time, LINK is up nine percent...
Read more
CryptoNews