Home CryptoNews How to deal with Bitcoin’s volatility
CryptoNewsPress Releases

How to deal with Bitcoin’s volatility 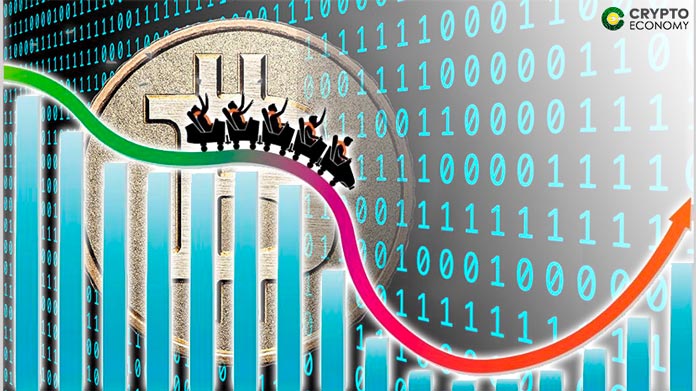 The words “cryptocurrency” and “Bitcoin” are frequently used interchangeably. From the beginning, Bitcoin has served as a digital gold standard in the whole crypto industry. In 2019, this cryptocurrency keeps its leading position.

According to the recent statistical data, there are almost 32 million Bitcoin wallets and almost 7.1 million active Bitcoin users. After ten years in existence, Bitcoin has experienced unprecedented price swings from almost zero to $20,000.

People across the globe buy Bitcoin to protect themselves from the devaluation of their national currency and to hedge against the political or economic uncertainty. Only a few days ago, it passed a major milestone, having recorded its 400 millionth transaction since its foundation in 2009. At the time of writing, the BTC price was fluctuating in the $6,000 to $6,200 range.

Due to volatility, investing in crypto of any kind can sometimes feel like riding a roller coaster. Bitcoin’s volatility has all sorts of reasons. For example, it’s very vulnerable to news: a new government regulation or a hacked exchange can have Bitcoin’s price bouncing like a rubber ball.

Though we all know that Bitcoin is volatile in a short-term run and swings are difficult to predict, you can still benefit from the crypto’s price fluctuations. According to recent analyst forecasts, the Bitcoin network is expected to witness high growth due to increasing investments in digital coins by developers and entrepreneurs.

In order not to miss out on a potential investment opportunity, keep your eye on the Bitcoin’s market price religiously. Investors believe that Bitcoin can serve as a safe choice because it enjoys the biggest market share and the greatest acquisition rate out of all other cryptocurrencies.

Volatility creates opportunities. Many Bitcoin enthusiasts believe that it will reach up to $20,000 by the end of this year. Additionally, several countries like Japan, South Korea and the US have shown high interest in integrating Bitcoin and other cryptos into their financial systems.

Bitcoin needs a little more time to mature – it is still going through its paces. Being unlike any other technology the world has ever seen, it faces an increasing awareness and understanding from society. Once more people adopt Bitcoin and governments accept it, this volatile cryptocurrency market will hopefully start to stabilise. For now, the only thing we may be sure about is that Bitcoin is here to stay.

0
The crypto market has gone into a freefall yet again as Bitcoin posted another long red candle to move below $19,000. The global crypto...
Read more
- Advertisment -
Posting....
We use cookies to ensure that we give you the best experience on our website. If you continue to use this site we will assume that you are happy with it.OkPrivacy policy