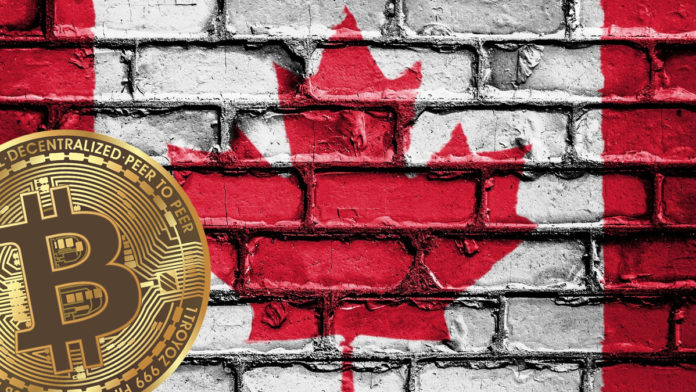 If you want to buy Bitcoin in Canada, the easiest way to do so is to find an online Canadian Bitcoin exchange. Once you have set up a digital wallet added the necessary funds, you can purchase any amount of Bitcoin.

Bitcoin is a cryptocurrency, which means that it is a completely digital currency. Bitcoin transactions work a lot like an email, or an e-transfer, where a digital message is sent from User A to User B. The information is only ever digital, which is possible because a cryptocurrency “coin” is a sequence of encrypted data securely stored on a blockchain.

Bitcoin works just like money, so it can be used to pay for just about anything, so long as the seller accepts it. However, given that Bitcoin is valued at over USD 50,000 per coin as of the first quarter of 2021, most investors hold it and trade it.

Why Bitcoin is a Secure and Valuable Cryptocurrency

Bitcoin was created in 2008 as the first successful purely digital currency. Its creator, Satoshi Nakamoto, was able to build Bitcoin using blockchain technology. Blockchain is run by a decentralized network of computers that approves each transaction as well as maintains the integrity of the digital coin.

This means that one computer network does not control all of the information of the Bitcoin blockchain, as is the case with Google or Netflix. Instead, the information is shared and approved by thousands of individual computers, called nodes.

Bitcoin’s blockchain uses a form of heavy encryption that requires high-powered computers to process transactions. Blockchain is secure because each block of data is cryptographically linked to the previous and next block in the chain.

That means that if an attacker wanted to forge a Bitcoin, they must forge the entire blockchain. This is essentially impossible for two main reasons. The first reason is that Bitcoin is decentralized, so each computer (or node) that stores the information of the Bitcoin blockchain has a copy of the data. As such, a successful attack requires at least 51% of the nodes to agree with the forged information.

The second reason is that Bitcoin computations require an incredible amount of energy. At this point, it’s possible that there aren’t even computers with enough access to power to be able to override the Bitcoin blockchain. And even if there were, due to the expense of the computers and energy required to run them, this would mean immediate financial ruin to a failed attacker. This kind of attack is referred to as a 51% attack. It is where an attacker attempts to take hold of the majority of the computation power to forge a new Bitcoin blockchain.

The terms of each transaction are determined by the users, and fees are applied based on the transaction costs of the Bitcoin network. While it is completely safe to transact peer-to-peer, it often requires a bit more savvy than a centralized or managed exchange will. There are many decentralized Bitcoin exchanges, all you need to do is google “decentralized bitcoin exchanges”.

Centralized or managed exchanges are for-profit cryptocurrency exchanges. They act a lot like any cash or stock exchange and facilitate trades for investors. These exchanges also set the price at which Bitcoin and other cryptocurrencies are sold at.

Managed exchanges typically provide a much more user-friendly platform than decentralized exchanges do, because they are for-profit. As such, these platforms also offer a range of services and customer support. Those who are new to cryptocurrency may prefer to use centralized exchanges as they are designed with the user in mind.

Examples of managed exchanges are CoinSmart, Bitbuy, and Kranken.

It is completely legal to hold and use cryptocurrency in Canada, and they are taxable as capital gains or business income. Moreover, going forward, cryptocurrencies will be treated more like traditional securities. Exchanges that operate in Canada are now required to meet regulations that apply to their particular products. For users, this means that going forward, it may become more difficult to use decentralized and non-compliant exchanges to buy Bitcoin in Canada.

0
The cryptocurrency market has struggled to find momentum and strength through the first half of this year. With the increasing correlation between crypto and...
Read more
- Advertisment -
Posting....