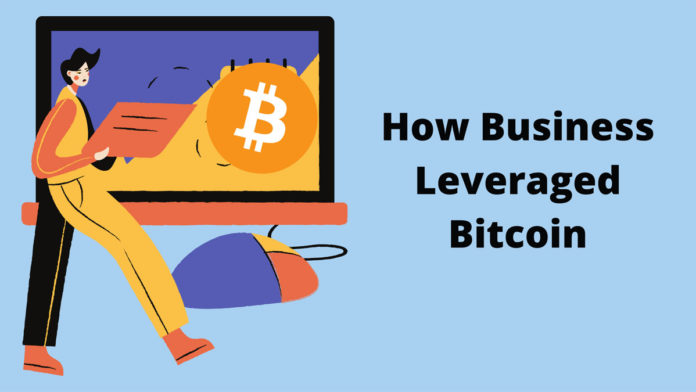 Lately, the analysis shows that about 20% of the Bitcoins present in the blockchain wallet, someday may be lost and couldn’t be retrieved ever again. This will be due to misdirected transactions, lost passphrases (seeds) and incase of offline wallet, the crashing of hard disks. It became very important to have an advanced blockchain wallet system to protect from such unusual occurrences.

Since not everyone has an internet connection, it’s impossible to put the cash away and switch to Bitcoin wallets. How would homeless or poor people live? People without internet connection or appreciate gadgets? Blind people? Skints? We cannot condemn all these people to starve to death because they can’t buy any food? Such questions are raised by people while arguing, if a digital currency like Bitcoin is really the currency of the future.

Ok, digital currency, got it. Why are people excited about it?

The same excitement was used and can continuously be used as a great advantage by businesses. Few are the reasons why Bitcoin became the hot sensation and how businesses leveraged it for the same.

Due to the borderless transfer, fees and configuration issues that are involved in conventional methods of payment is not into the picture. This stands as a boon for businesses for making and accepting payments across the border without hassle and worry of tax and charges being cut. Transfers worldwide and exchanges carried out across the border, charge certain fees. Since Transferring bitcoins has no middlemen,mediators or government intervention. This results in the overall decrease in the cost of transaction as compared to the government recognized money. This can be a major boon to international exporters. Transfer of cryptocurrency happens very quickly. The tedious procedure of authorization like paper works and many other requirements are avoided. This is seen as a great boon for exporters and importers to use Bitcoin for payments and do away with the high cash cuts.

Because of the hike in the price of Bitcoins that was witnessed in August 2017, Bitcoin has earned tremendous popularity at a global level. This unconventional virtual money has stirred many minds out of curiosity.

Bitcoin was made to be a decentralised currency with its value derived from how hard it is to be obtained, making it a global sensation.

Bitcoin is a threat to the world economy and businesses only when it is used in exchange. Technically, when it is bartered. The taxes can be escaped to some extent This can’t be useful for a long time, Avoid taxes, how? The time you try to use the money that is in the bitcoin wallet, you’ll end up paying taxes on income because you have to transfer it to real money. And luckily Bitcoin is looked up as eligible money for barter or exchange payment in quite many places.

Due to easy accessibility and liquidity it’s advantages can be leveraged at it’s best.

Creating business out of crypto

Many businesses set up a store where they accept Bitcoins as payments from their customers and also they use their accumulated Bitcoins to pay their own bills.For some people, the whole idea of using Bitcoins as payment is corrupted. According to many, it is just another shiny stuff in the market now, used for speculations. Bitcoin is merely looked upon as a commodity, people like to collect out of curiosity.

But isn’t it fine unless it is still considered a hot topic and has massive users around the globe?

Just like ,very soon the idea of buying paper

assets like stocks/bonds/ anything through a “broker” is going to become orthodox real soon.

Likewise, traditional currency is going to be replaced with something unique and it is assumed cryptocurrency can be the same.For this market has to produce platforms that support this challenging technology.

Earlier it had really poor mobile platform support Since then, many Bitcoin wallet providing services have been launched on a large scy and it has taken a proactive stance towards making a great business out of that opportunity. With the increasing number of users, there will be the need to upgrade the technologies supporting them, leading to a plethora of opportunities for business to leverage the situation.

Peer to peer network means the “peers” are computer systems, connected via the Internet. Bitcoin shares the same algorithm.

The bitcoin network isn’t controlled by one central authority unlike the physical money.

Bitcoin was made to be a decentralised currency with its value derived from how hard it is to obtain it. So in conclusion, Bitcoin is backed by its users. As long as Bitcoin users are having faith in it will run. As soon as each and every miner stops mining then bitcoin will lose its purpose.

Bitcoin needs the faith of its users. Be it the sender, be it the receiver or the miner. Bitcoin value totally depends on supply and demand.

So in short Bitcoin is backed by its users. As long as Bitcoin users are having faith in Bitcoin wallets will run. As soon as each and every miner stops mining, the bitcoin will lose its value as well as purpose.

Currently 54.7 million people use or trade in Bitcoin.

Bitcoin has remained number one since its inception. Also, people listen to the media, they get nervous, they sell their Bitcoin and leave a big chance for major Businesses to buy Bitcoins at a lesser price and carry out various transactions or exchanges using them.

Because many recognize them as a mode of payment and encourage blockchain technology in payment systems. Bitcoin has got it’s ATMs too.

Well, No one can predict, the government is quite disquiet about the cryptocurrency due to the many wrongful practices that come along with it. The life of cryptocurrency in each region depends on the regulations of the contemporary government there.Finance houses all around the globe clearly don’t wisht to compete with cryptocurrency; the government of various nations would come together and eliminate this concept of Bitcoin wallet, used as a method of transaction forever.

Guest Post published by Crypto Economy have sent by companies or their representatives. Crypto Economy is not part of any of these agencies, projects or platforms. At Crypto Economy we do not give investment advice and encourage our readers to do their own research.